Architecture firms Stanton Williams and Lifschutz Davidson Sandilands have been selected to design the first buildings at University College London's proposed Olympic Park campus, which is set to include a major new school of design.

The two London-based firms will create the first phase of development for UCL East – the second campus for one of the UK capital's leading universities, which already encompasses the Bartlett School of Architecture.

Stanton Williams – known for projects including the Stirling Prize-winning Sainsbury Laboratory and the Central Saint Martins campus – will design Marshgate, a 33,500-square-metre academic facility located south of the ArcelorMittal Orbit.

Images released by the firm show an angular building with a grand atrium at its centre.

Director Gavin Henderson said the building will be a "place for curiosity, learning and collaboration engaged with the culture of the surrounding city".

"This is a unique opportunity to create a distinctive place, a new kind of university quarter that captures the excitement and vitality that draws people to live, work and study in contemporary London," he said. 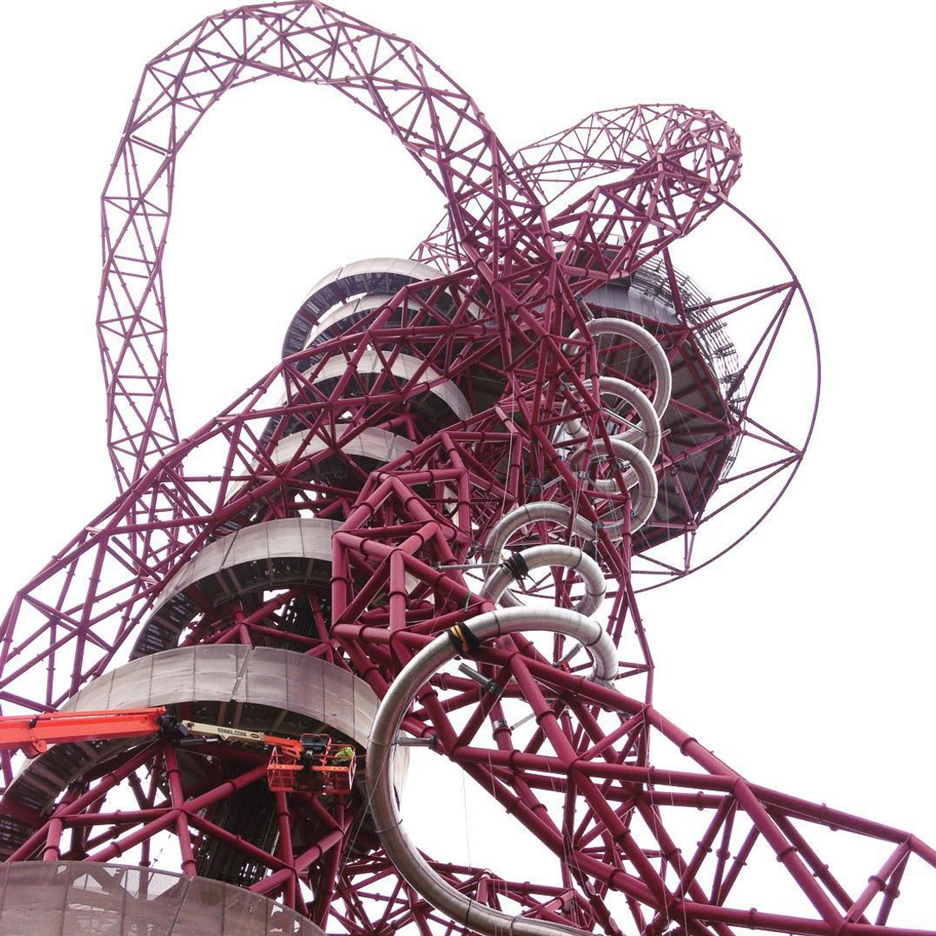 Studio co-founder Alex Lifschutz described it as a "fascinating project" that he hopes will trigger "many inspiring conversations".

"We hope that this building, together with its neighbour on the Queen Elizabeth Olympic Park, are as much of a catalyst for this new campus as the Wilkins Building on Gower Street was for this most prestigious university in 1825," he said.

UCL announced its plans to create the new £270 million campus at the Queen Elizabeth Olympic Park back in 2014, following the UK government's pledge to contribute £141 million in funding.

UCL East will include the new UCL Generator department, which will encompass a new university museum, as well as the university's first design school in its 188-year history.

The design school will build on the success of the Bartlett, currently ranked as one of the top two architecture schools in the world, and the Slade School of Fine Art, whose alumni include Martin Creed, Richard Hamilton and Eileen Gray.

UCL East forms part of the so-called Olympicopolis masterplan – a £1.3 billion proposed cultural quarter that also includes outposts for the V&A museum and Sadler's Wells Theatre, and a new campus for the London College of Fashion.

A planning application for both projects is expected to be submitted at the end of 2016.

It is part of a huge legacy programme proposed as part of London's original Olympic bid. The programme is redeveloping a huge area of the city – a promise that past Olympic cities have made and struggled to achieve.