World Heritage Corb: commissioned by an Argentinian surgeon, Maison Curutchet is the only project in Latin America among the 17 Le Corbusier-designed buildings added to UNESCO's World Heritage List (+ slideshow).

Maison Curutchet was built by the Swiss-French architect for De Pedro Domingo Curutchet. Located in La Plata, Argentina, the house is attached to an existing structure and designed to respond to its historic context – a rarity among the Modernist's projects.

Le Corbusier never met the surgeon nor visited the site, which faces the Paseo del Bosque park. Their only communication was through an exchange of letters.

The architect sent over a set of drawings in 1949 along with a list of architects who thought would be best to deliver the building. Under the direction of Amancio Williams – one of Argentina's most prominent Modern architects – it was completed in 1953.

The house is made up of four levels, arranged around a courtyard and central atrium that are typical of traditional homes in the region. 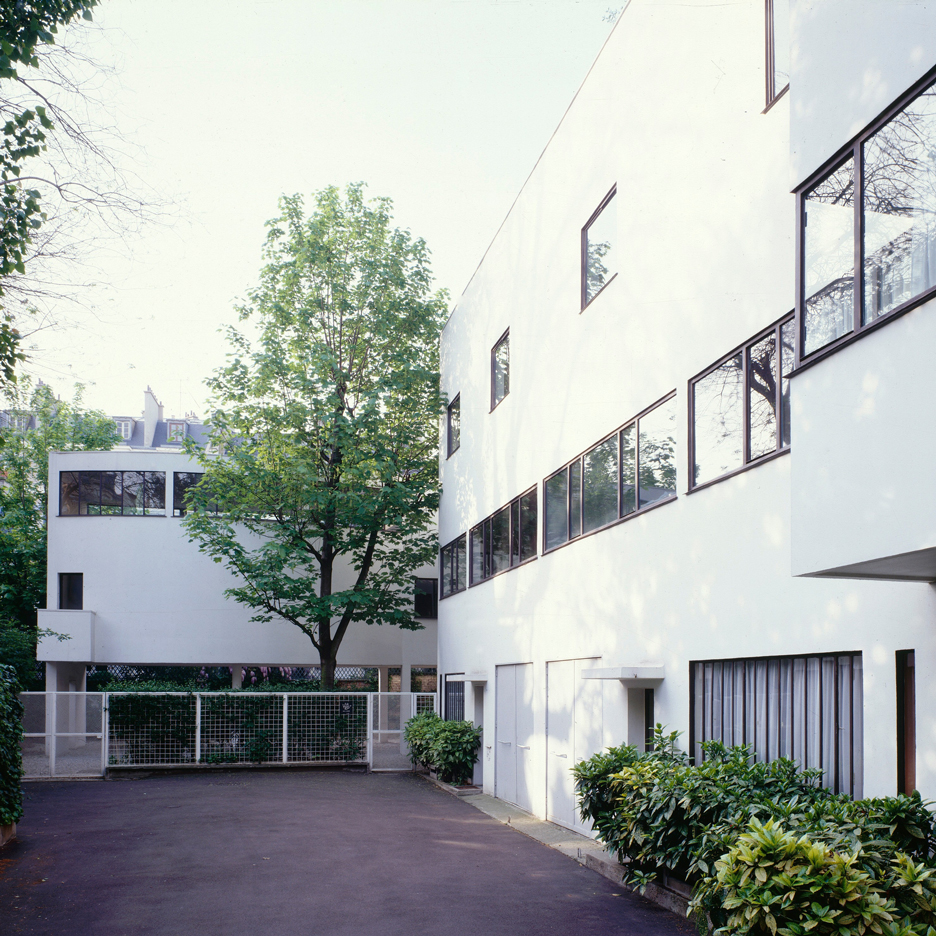 A tree planted on the ground floor grows up through the building, its canopy adding more greenery to a terrace garden on an upper storey.

At street level, a small medical surgery is connected to the Curutchet family's living quarters via an access ramp.

Inside, white walls and tiled floors are accented with blue window frames and kitchen units. The relatively open floor plats are subdivided by glass partitions and built-in wooden storage.

The main facade integrates brise-soleil sun shades, an architectural feature that Le Corbusier used on a much grander scale at the Palace of Assembly in Chandigarh and his Unité d'habitation Brutalist housing development in Marseille.

Maison Curutchet was made a National Historic Landmark in Argentina at the time of the centennial of Le Corbusier's birth in 1987.

The building is leased to the College of Architects, a professional association from nearby Buenos Aires and is also open to the public for tours.

Maison Curutchet was recently added to UNESCO's World Heritage List, along with 16 other projects by the architect. Other private houses in the group include Maison La Roche-Jeanneret, designed for his brother and a close friend, and the top-heavy Villa Savoye weekend retreat.