The form of this chair by designer Pedro Venzon is based on the curves and shapes found in architecture left over from Portugal's colonisation of Brazil (+ slideshow).

Venzon, a Brazilian designer, based his Pudica chairs on moments from his native country's history.

"As a former Portuguese colony, Brazil's colonisation was marked by an invention of identity from an intense Jesuit presence and religiosity," Venzon told Dezeen.

"There is a Portuguese architectural tradition, in shapes still seen everywhere in houses and in churches: the simplicity of ogival arches and curves." 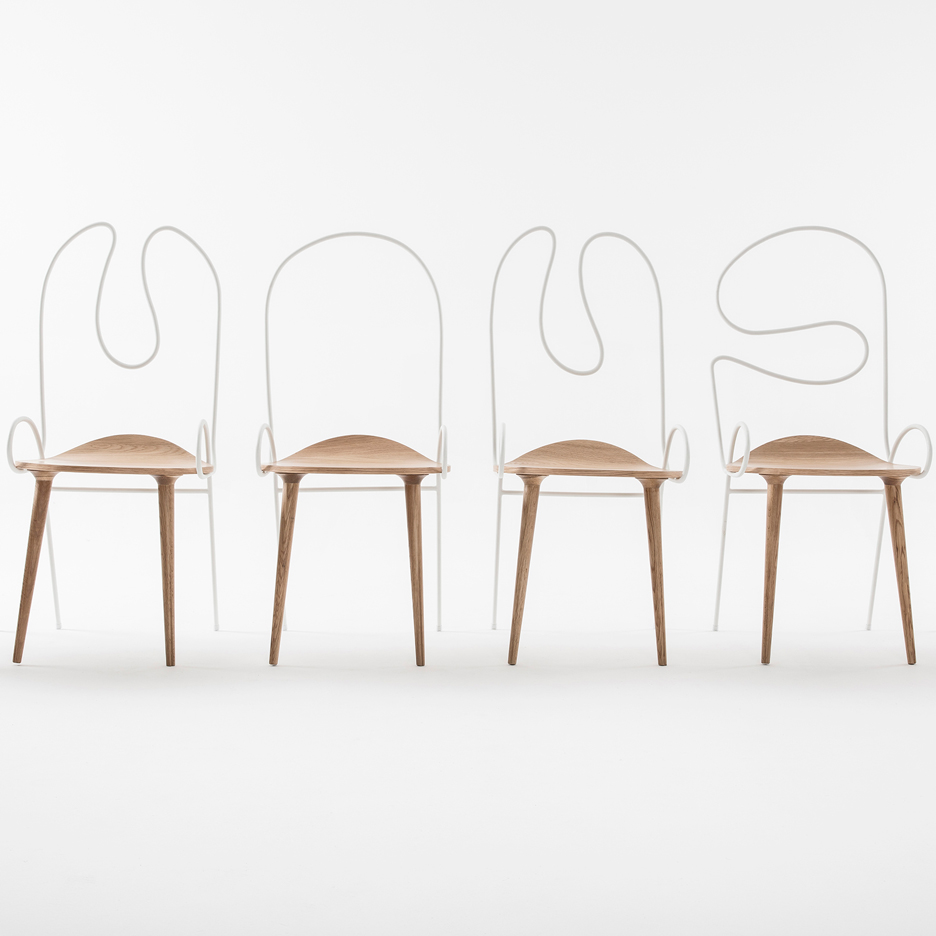 The stackable chairs is available in carbon steel or brass versions. According to Venzon, the choice of steel makes reference to the Brazilian furniture industry in the 1950s, when the material was prominently used for decorative features.

Brazil was officially claimed for Portugal in April 1500 by navigator Pedro Álvares Cabral, and in 1530 the first Portuguese colonising expedition to Brazil was organised.

While the Modernist approach is the overriding architectural style of Brazil, a few buildings are left over from colonisation.

Venzon is based in the Brazilian city of Florianópolis. His work frequently references the discussions surrounding contemporary and modern design in Brazil.

The Campana brothers, a Brazilian design duo, similarly base their works on their native country. Their Favela chair was inspired by the resourcefulness of São Paulo's shanty dwellers, while their Cangaço collection of furniture alludes to the decorated leather clothing worn by Brazil's 19th-century Cangaceiros bandits.