This Kickstarter-funded electric bicycle has been tailored to the demands of city riding with a quick-folding mechanism and remote locking system (+ movie).

The Gi FlyBike only requires one motion – which breaks the bike into two sections – to be folded up. The bike also automatically locks once its rider is five metres away.

It weighs just 17 kilograms, and can be controlled using a smartphone app that lets users lock or unlock the vehicle, and share passcodes with friends who want to borrow it.

The app can also be used to turn safety lights on, access GPS and charge the phone using energy generated by pedalling.

The vehicle, which has been created by entrepreneurs Lucas Toledo and Eric Sevillia and industrial designer Agustín Agustinoy, has been designed with city bikers in mind. 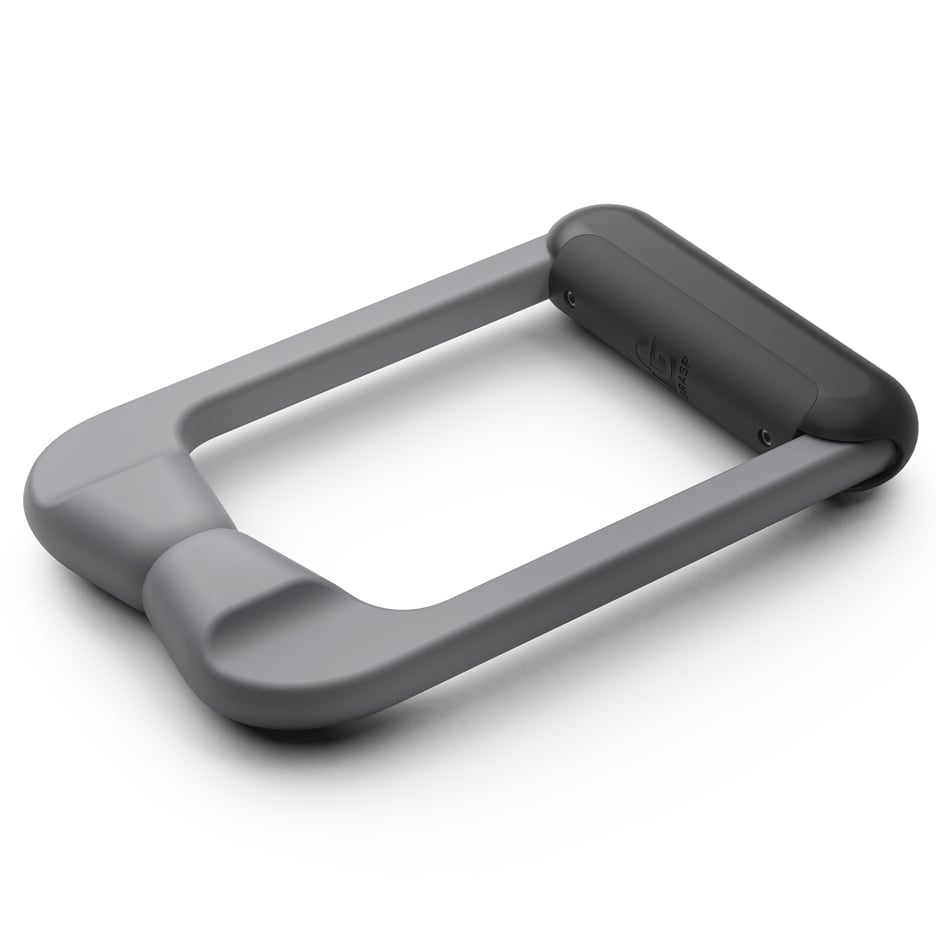 The trio created the bicycle after witnessing national transport strikes in their home country of Argentina. They decided to update the traditional bike design for commuters looking for alternative ways to get around the city quickly.

The vehicle's frame is made from recyclable aluminium, and a battery-powered electric engine assists riders with three adjustable levels.

Kickstarter has proved a fruitful platform for launching bikes and cycling accessories, with backers on the crowdfunding site supporting everything from magnetic bike lights that slot into handlebars to keyless locks that rely on fingerprint data.

Other electric bikes include a folding vehicle that can pack into a rucksack, and a crowdfunded bicycle that's "the world's lightest and most compact electric bike".