German industrial designer Fabian Ludwig has launched a Kickstarter campaign to fund a cylindrical light that is inserted into the handlebars of bicycles (+ slideshow).

According to Ludwig the STiKK can be added to any bicycle with straight handlebars. It is held in place with a magnet and socket. 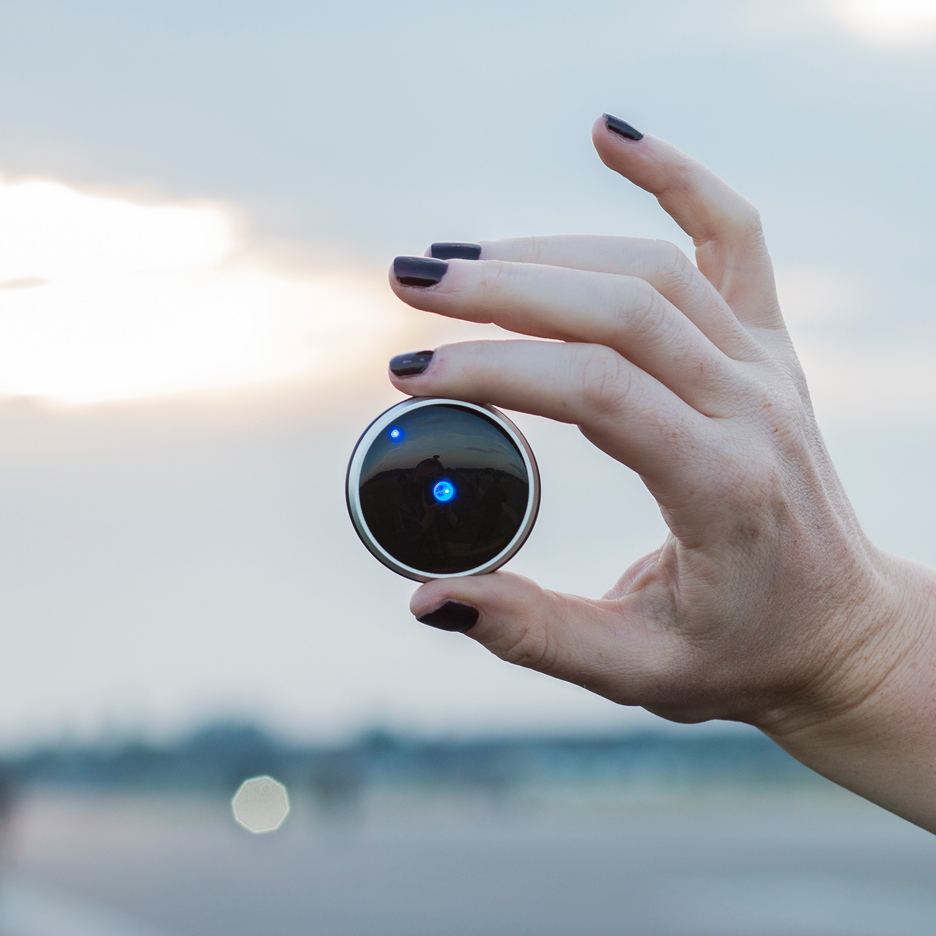 The battery-powered device is housed in an aluminium casing, with a black or silver anodised finish, and can be rotated to adjust the direction of the light. It is also water resistant, and has three brightness levels and a flash mode.

"As most handlebars are not completely straight, and in order to compensate its position at the end of the handlebar, the light beam has been adjusted to a six-degree angle so that the light shines towards the middle of the bike's axis," explained Ludwig.

Ludwig started work on the design two years ago, while looking for a minimal light for his own bike.

"Definitely the biggest challenge was to find a solution on how to mount STiKK in the handlebar," he said.

"It had to fit in all the different inner diameters of the handlebars, needed to be easy to install and to remove and of course to be able to hold STiKK firmly in place."

The designer suggests STiKK can also double up as a flashlight, and can be attached to various metal surfaces to provide additional lighting.

STiKK is the latest in a series of cycling accessories that have found support on the crowdfunding platform, from a keyless bike lock to a compass that connects with owner's smartphones to guide them across the city.

"People of today have the desire to be unique and are not satisfied with just functional products, and conventional bike companies mostly offer just the same they did 10 years ago," said Ludwig.