A translucent marble cube by Rex Architecture that will contain the Perelman Performing Arts Center has been unveiled as the "keystone" for the World Trade Center site in Lower Manhattan (+ slideshow).

The Ronald O Perelman Performing Arts Center will be located to the north of the memorial to those who died in the 9/11 terrorist attacks, which encompasses the footprints of the Twin Towers that previously stood on the site.

Wrapped in translucent, veined marble laminated by insulated glass, the building will look like a monolithic box by day and a glowing cube at night.

Its performance areas will be housed in smaller volumes within the envelope, creating spaces for visitors to walk around the edges behind the facades.

A slice cut away from the cube will form the public entrance, where a grand external staircase under the building's form will lead up to the lobby, restaurant and bar.

The "performer level" above will include the trap, various dressing and preparation rooms, wig storage and a costume shop.

Higher up still, three auditoria to seat 499, 250 and 99 people will be able to combine to form seven additional arrangements. 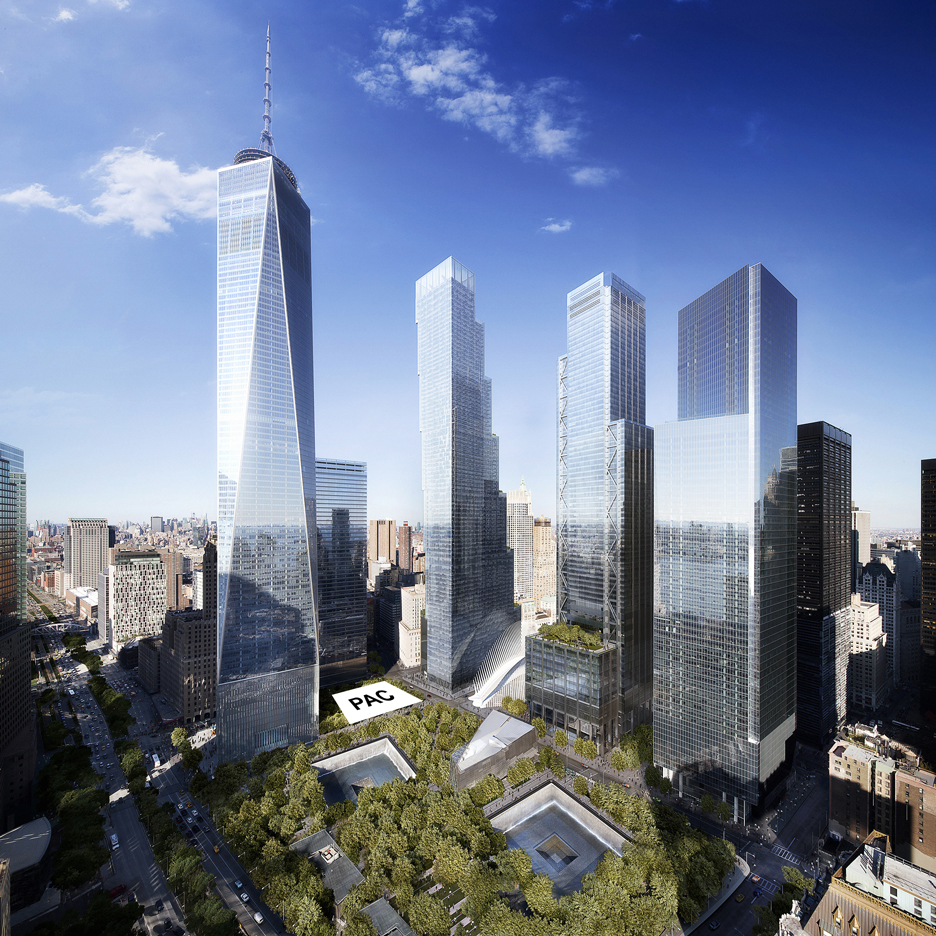 "The building for The Perelman will be flexible and elegant and provide the most dynamic possible artistic experience, while also staying true to the needs and desires of the neighbourhood and the city," said the centre's website.

"It will meet the demands and challenges of the performing arts of the 21st century like no place elsewhere."

The building – scheduled to complete in 2020 – is the final piece to be unveiled as part of architect Daniel Libeskind's masterplan for the site.

"The keystone and final piece of the World Trade Center master plan, The Perelman Center embraces creation and memory with respectful individuality," said the website.

Both Foster + Partners' and BIG's designs for Two World Trade Center – the final skyscraper for the site – are still under developer Larry Silverstein's consideration.

Images are by Luxigon, unless stated otherwise.