A door latch and a pair of pliers are among the mechanisms created without screws, bolts or other fixings by researchers working with a new technology called metamaterials (+ movie).

The team at the Hasso Plattner Institute's Human Computer Interaction Lab design objects that move despite being 3D printed as one single part.

To do this they use metamaterials – a type of engineered material defined by its internal structure rather than what substance it is made of. Metamaterials have properties not found in nature, as with the real-life "invisibility cloak".

The objects created can have controlled directional movement, which means they can perform set mechanical functions, like gripping something or latching a door.

The Hasso Plattner Institute's research opens up new possibilities for 3D printing by cutting out the need for a printed mechanism to be assembled from multiple, sometimes fiddly pieces.

"The ultimate vision is to design the inside of objects," Hasso Plattner Institute researcher Patrick Baudisch told Dezeen. "We can use this to give objects unexpected functionality."

The metamaterial mechanisms are made up of a grid of silicone cells with different patterns creating different levels of rigidity. The more flexible cells can shear, causing the rigid portions they touch to move with them.

In the example of the door knob, turning the handle creates a rotating movement that causes the adjacent cells to shear. 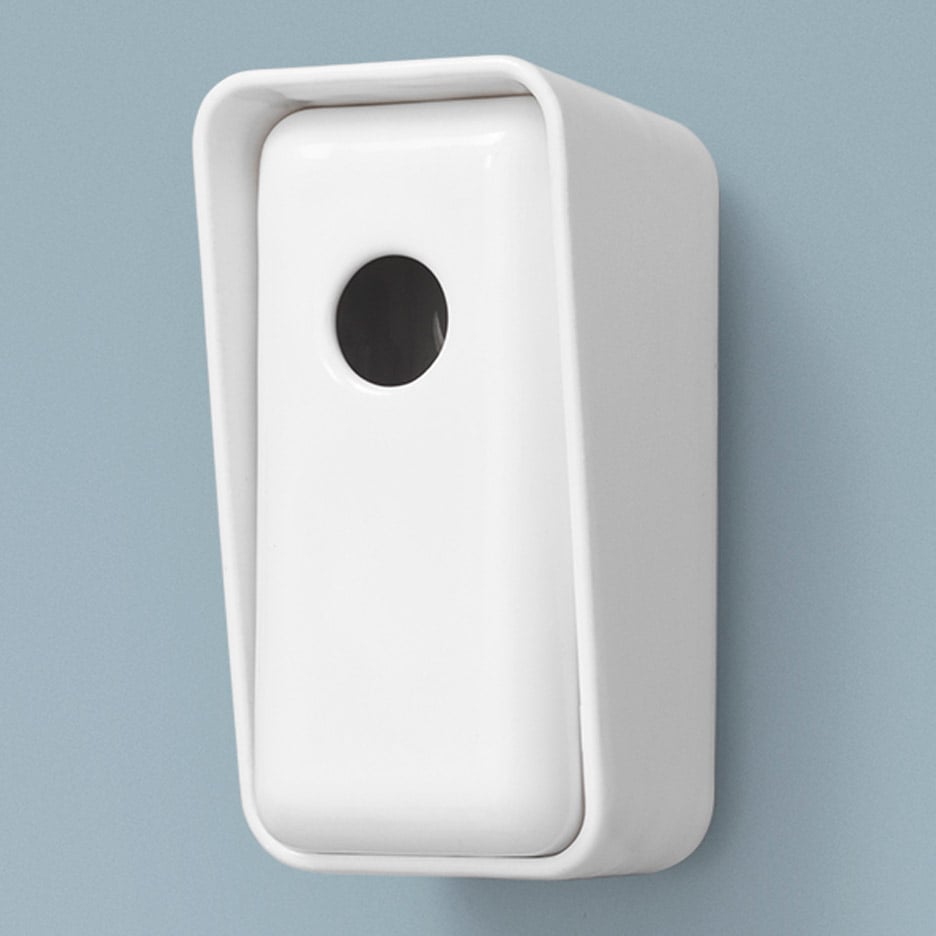 The shearing makes the latch move inwards, unhooking it from the doorjamb.

"Since these objects allow each cell to be designed differently, the resulting objects literally offer thousands of degrees of freedom," said the research team in a paper.

Metamaterials are commonly made of grids of cells, as in the Hasso Plattner team's door knob. Previous experiments have made objects that display unusual behaviours in response to force, but this project makes advances in using the technology to form mechanisms.

The team creates their metamaterial mechanisms using a custom 3D editing software. They first lay down the rigid blocks of the door latch, then add flexible, shearing cells around it.

The software runs a finite element analysis to predict how the mechanism will react when force is applied to particular areas, like by pushing on the door handle.

The mechanisms are 3D-printed as a single part in flexible silicone, alternatively ABS or PLA plastic. Because they are made of a single part, they do not require assembly, nor do they need lubrication to move – which the team claims will reduce or eliminate the need for maintenance.

Metamaterial mechanisms can theoretically be made from any material that is elastic and able to withstand high forces without breaking. The researchers highlight spring steel as an ideal candidate, although it is not possible to fabricate using today's 3D printers.

While 3D printers have not yet become common in households, the new technology is proving a fertile ground for researchers. At the Massachusetts Institute of Technology, researchers have developed a method for 3D printing artificial hair, while at the Bartlett School of Architecture, students have 3D-printed concrete to create furniture.

Other structures that have been 3D printed range from homes to bicycles, wheelchairs and shoes.