New York 2016: the latest designer to set up their own brand is Joe Doucet, who has launched a range of 3D-printed products by names including Claesson Koivisto Rune, Sebastian Bergne and Philippe Malouin.

New York-based Doucet teamed up with co-founders Dean DiSimone and Evan Clabots to launch the brand, called Othr, during this year's NYCxDesign festival.

"We are attempting to create the first well-designed consumer objects of the third industrial revolution," Doucet told Dezeen. "We are using the technology to disrupt the current supply chain involved in producing goods, not to create crazy new forms." 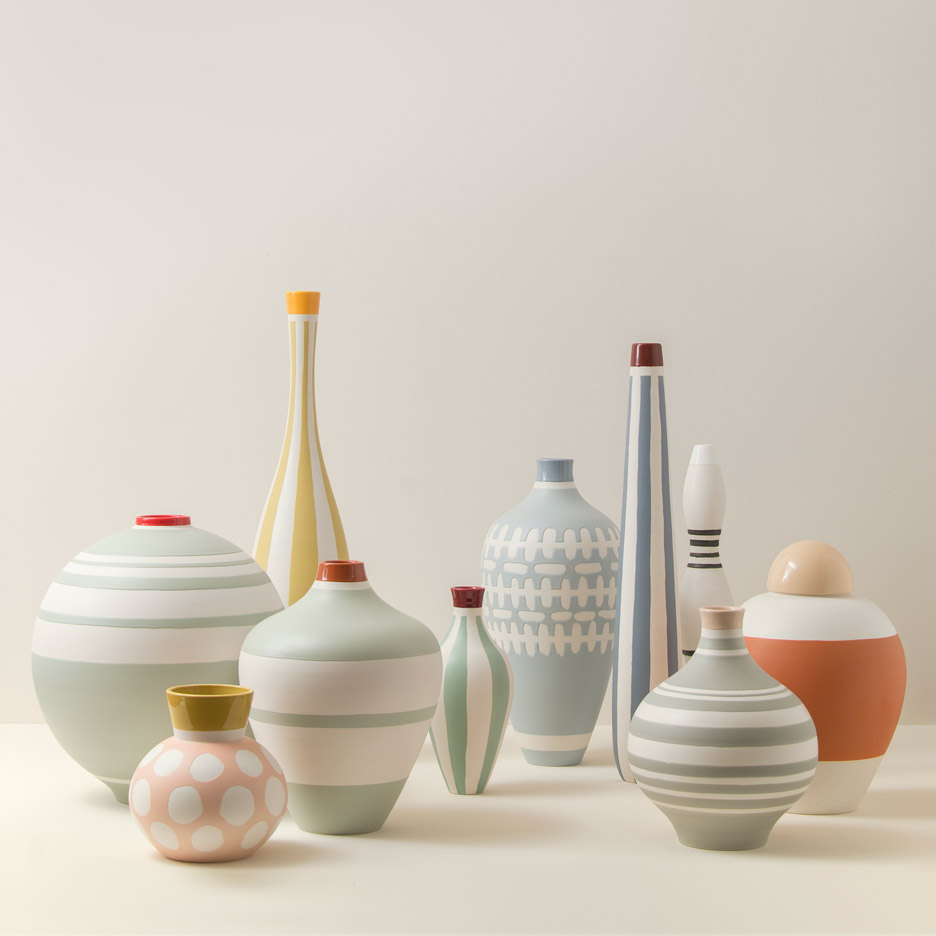 He follows Stefano Giovannoni, Sebastian Wrong and Matteo Thun, who all launched brands during Milan design week earlier this year, as part of a growing trend for designers taking production and retail into their own hands.

"Designers love control," said Doucet. "The 'best' designers got there because they also posses a good business sense and are deep problem solvers."

Othr's debut collection features 12 small products, made from a range of materials including steel and porcelain, but all produced on 3D printers.

"3D printing has been following Moore's Law in increases in quality and decreases in pricing for 35 years," Doucet said. "I quickly did the math and determined 2016 was the year of viability and decided to build a company by then."

After much hype for a number of years, 3D printing recently hit some speed bumps. Francis Bitonti, a pioneer of the technology, said the industry had "stagnated" due to toy-like machines, over-priced materials and legal wrangles, while 3D-printer manufacturer MakerBot was forced to lay-off staff and close its three retail stores after failing to meet its financial growth targets.

However designers have continued to experiment with the technology, using it to create everything from robot-built bridges to made-to-measure wheelchairs. Doucet believes that by working with a select group of designers, 3D printing can also be used to create objects that people actually want to have in their homes.

"Most people think of 3D printing first and foremost as something that can make what other methods of manufacture can't," said Doucet. "It allows for a complexity that can be very tempting for designers and the results are things that only exist because they can, and perhaps should not."

"Therefore, we decided to work with the best talent in the world of design to normalise the technology," he added. "We create useful, aesthetic and unique objects for everyday use."

The debut collection includes a birdhouse by Swedish studio Claesson Koivisto Rune, a small container by London-based Malouin and a candle holder by British designer Bergne.

Fort Standard, Everything Elevated, Jonah Takagi and Todd Bracher are among others that have created product designs for the kitchen and bathroom. Doucet, DiSimone and Clabots also contributed to the range.

Othr will launch new items every fortnight, enabled by the quick development times possible with the technology.

The production process also leaves little waste and no excess inventory, according to Doucet.

"A little over three years ago, I was ordering 3D prints for a cutlery project I was working on," he said, telling the story behind the brand's inception. "The plastic variety designers use to check form and scale. There was a completely new process of 3D printing steel in Beta and I decided to test this."

"I ordered what turned out to be a very poor quality and expensive fork," Doucet continued. "Although it looked nothing like a finished product, it was so obvious that this was the future of manufacturing."

Othr launched during an event at the Sanaa-designed New Museum in Manhattan last week. It took place as part of the citywide NYCxDesign, which runs until 17 May 2016.

Dezeen's highlights of the festival include a showcase of Norwegian homeware, a pop-up shop by Lee Broom and a lighting exhibition at The Future Perfect showroom.