Designed for Galerie Kreo in London, the Hakone Table is based on the simplicity of Japanese joinery.

It is made up of three heavy European oak pieces with edges that curve to create different profiles depending on the vantage point.

"We have always been admirers of beautifully made wooden objects," said Barber and Osgerby.

"Inspired by Japanese carpentry we've seen on our travels in Japan, Hakone is constructed from generously proportioned and tactile forms which combine to make a highly functional table."

The designers cut a convex shape into the underneath of the table as well as both sides of the two legs. Around the rim of the tabletop and on either edge of the legs, the wood gently bulges outwards.

Hakone, also the name of a mountainous town in Japan, was unveiled at this year's London Design Festival, which took place from 17 to 25 September 2016. 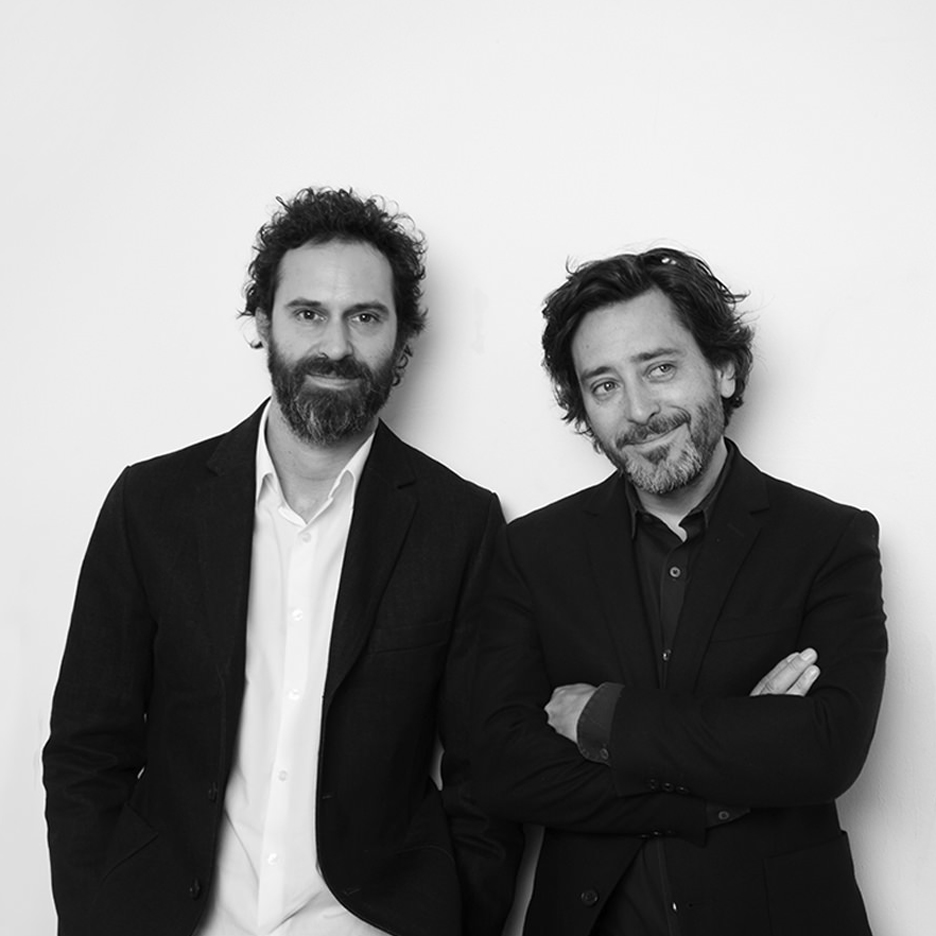 Other products that launched during the event include a series of blue and green-tinged clocks and pots made using copper dust, and a minimal chair made from steam-bent wood.

Edward Barber and Jay Osgerby founded their eponymous studio in 1996. Earlier this month, the design duo installed a giant weathervane at London's Somerset House as part of the first London Design Biennale.

Speaking to Dezeen at the opening of the event, the duo said that the UK government is not doing enough to support the design industry, and claimed their London Design Biennale pavilion is one of the few not to receive public funding.

"It is strange that design contributes so enormously to the GDP of this country, in all its different forms, and yet somehow it isn't valued in the same way that other countries seem to value design," Barber told Dezeen.