Artist David Shrigley is set to unveil his gigantic "thumbs up" installation on the Fourth Plinth in London's Trafalgar Square tomorrow and has released a gif to accompany it.

David Shrigley is the latest British artist to create a sculpture for the empty stone plinth at the corner of the square, where the three other corner plinths are occupied by traditional sculptures of historic figures.

He has created a huge bronze hand with an elongated thumb in the "thumbs up" position. The sculpture is called Really Good.

"At the time I submitted that proposal, I really didn't anticipate that I would actually be given the commission," Shrigley told Dezeen in an interview that will be published in full tomorrow.

"It was written from the point of view of some kind of crazy political, policy statement, which said that if you say everything is good then it will act as some self-fulfilling prophecy and make everything good, and it would make London, the UK, the world a better place by doing that." 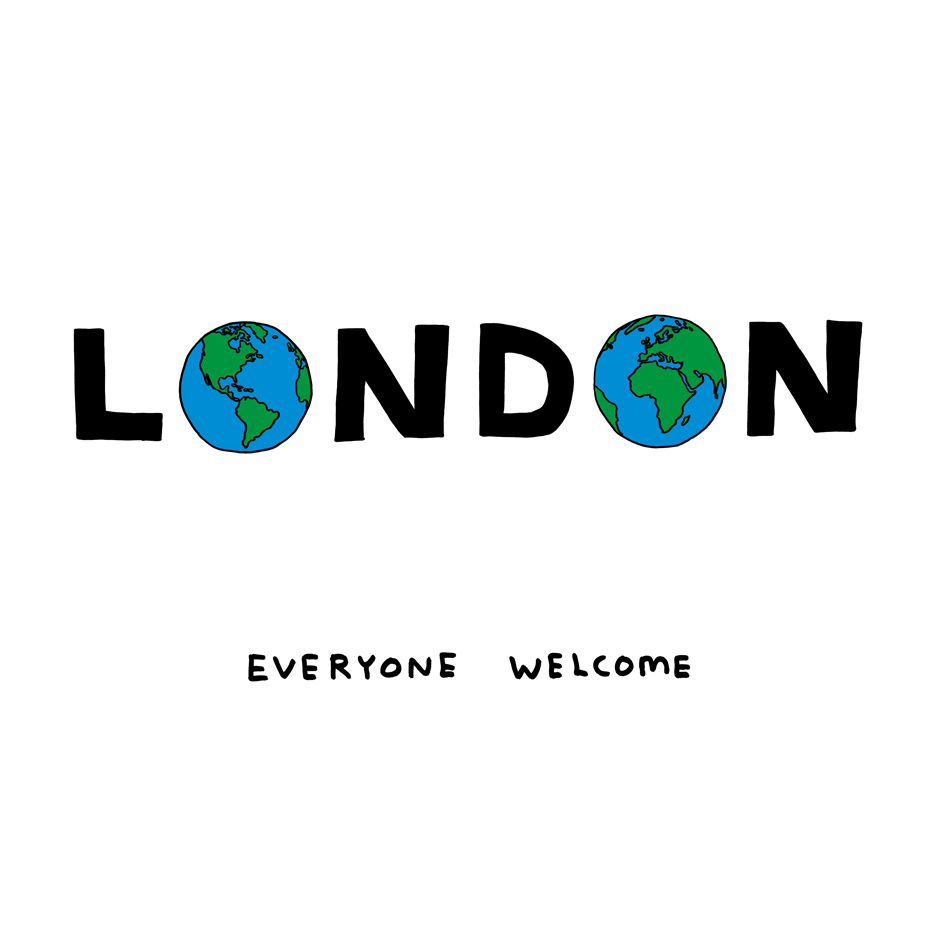 Macclesfield-born Shrigley is known for his irreverent and opinionated drawings, which have increasingly been translated into physical objects, like the recent mascot for football team Partick Thistle.

He has produced a series of stories in gif format, published on the Giphy platform and on social media. The Really Good gif released this week is the latest addition.

Really Good is based on a series of similar drawings he made before the commission four years ago.

"I had made a few drawings of hands with really long thumbs – one drawing in particular that says 'everything is good'," he explained. "I kind of like that idea, and I guess it's a stupid idea, that a thumbs up is a universal gesture of approval, and therefore if the thumb is a bit bigger, it must be an even greater approval."

Shrigley is also set to release a book this month called Weak Messages Create Bad Situations: A Manifesto, in response to the "dark political times" facing the UK.

"Lots of individuals in society today are feeble-minded. They don't know what the hell is going on," says his introduction to the book. "Unfortunately many of these people are running the country. They don't know the difference between a precious jewel and a piece of animal turd."

Shrigley was behind the recent London is Open poster series on London's underground network produced with mayor Sadiq Khan following the EU Referendum, and has been vocal about his dismay at the results of the vote.