The Altaïr House is located in Cap-à-l'Aigle, a resort village situated along the Saint-Lawrence River in Quebec's Charlevoix region. Its name refers to the brightest star in the Aquila constellation, called The Flying Eagle.

The house comprises two long volumes stacked on top of each other in a V-shaped formation. The upper level slightly cantilevers over the sloped site and gestures toward the river.

The "voluntary misalignment" of the volumes is intended to capitalise on the home's beautiful and serene setting.

"While discrete from the street and closed to the north, it unfolds toward the river, as though to take flight," said Bourgeois Lechasseur Architects, which is based in Quebec.

Clad in wood, the facades are protected by roof eaves sheathed in Western cedar. Vast expanses of glass frame views of the river and forest, as well as the nearby city of Malbaie. 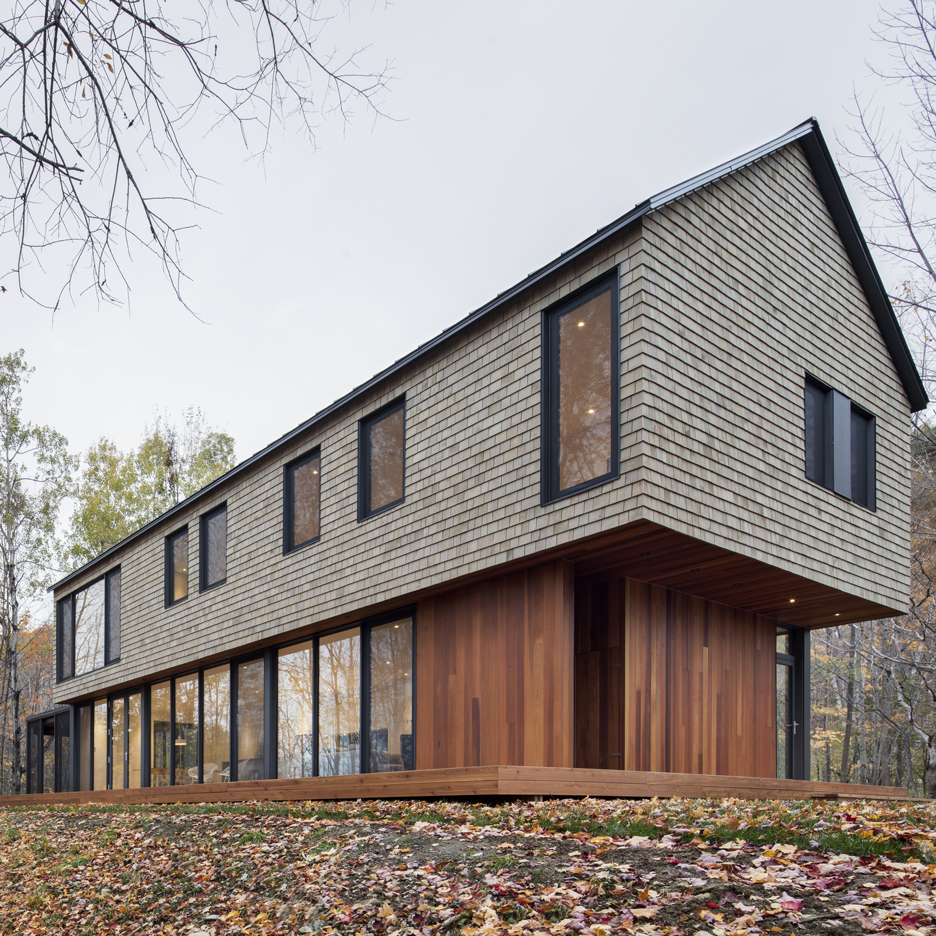 "Close up, the house remains mysterious, as it is camouflaged by the trees," the studio said.

The main entrance is located on the ground level. One wing contains three bedrooms, while the other features a living room that connects to an outdoor patio and concrete swimming pool.

A steel and wood staircase leads to the second floor, where the design team placed an open-plan kitchen, dining room and living room, along with the master suite.

The upper storey features a large window wall that overlooks the pool and surrounding terrain.

"The living areas succeed one another, and the completely open space provides a breathtaking view of the horizon," the firm said.

An expansive wooden terrace with glass balustrades was built on the roof of the lower volume. An exterior stair leads to the backyard below.

Inside, the firm covered ceilings in the same cedar used for the roof overhangs, "emphasising the continuation effect from the inside out".

Other projects by Bourgeois Lechasseur Architects include a gabled family home in rural Quebec with facades clad in cedar tiles.

Photoography is by Adrien Williams.