Multi-coloured bricks cover the facades of this residential scheme by architects dRMM, which is built on the site of the former brutalist Heygate Estate in south London and has been shortlisted for this year's Stirling Prize (+ slideshow).

Trafalgar Place was commissioned by Southwark Council and provides 235 homes, built by developer Lend Lease as the first phase of the regeneration of the Elephant and Castle area.

The scheme by London studio dRMM comprises seven buildings ranging in height from four to 10 storeys. These are arranged around new streets and landscaping designed to improve their connection with the surrounding cityscape.

"The massing and height of the buildings provides the required density with a variety of scale and form – a mixture of mini-tower, apartment buildings and terraced houses," said dRMM.

"The forms are simple, prioritising interior space and spaces between buildings," the architects added. "Apartments are mainly dual aspect and designed to maximise natural daylight, ventilation and views."

Different shades of brickwork are used to define windows, walls and corners, giving each building a slightly different character. The bricks are also a reference to the traditional materials found in the surrounding neighbourhood.

Two of the buildings are made from cross-laminated timber, which dRMM has been pioneering as a key construction method for over a decade.

This material will also be used by Lend Lease in the later stages of the masterplan, which will provide 3,000 homes on the site of the former Heygate Estate – once one of London's biggest social housing estates.

Each property in the new development has either a private balcony, terrace or garden. The upper residences on the northern side look out towards the city and the lower floors face onto tree-lined streets or gardens. 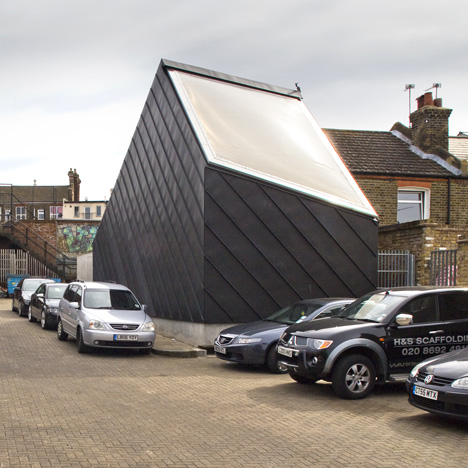 A new public thoroughfare extends through the centre of the scheme, while a private internal courtyard contains seating and steel planters in which residents can grow food.

The studio designed the scheme to replace four local authority housing blocks known as the Rodney Road and Wingrave blocks, which formed part of the 1970s Heygate Estate.

The estate was demolished between 2011 and 2014 despite objections from a group of residents, after it developed a reputation for crime and poverty leading to its labelling as one of London's worst "sink estates".

Among those earmarked for demolition is the Smithsons-designed Robin Hood Gardens in Poplar, east London. Haworth Tompkins and Metropolitan Workshop revealed their plans for the replacement of the doomed estate earlier this month.

The Trafalgar Place development is a precursor to the Elephant Park masterplan, which will occupy a larger part of the estate close to the Elephant and Castle underground and railway stations.

It features on the shortlist for this year's RIBA Stirling Prize – the highest accolade for a single building in the UK – alongside five other projects including a university building in Oxford by Herzog & de Meuron, a Glasgow college with gridded glass facades, and a gallery designed by Caruso St John for British artist Damien Hirst.