Designers raided the SCP warehouse for discarded furniture to make the pieces in the The Thing With MaltaSingh exhibition, set to be auctioned next week.

Alex Hellum, Clark Clerkin, Max Frommeld, Jochem Faudet are among the designers involved in constructing the Frankenstein-esque works, recycled from the furniture manufacturer and retailer's cache of damaged or otherwise unusable pieces.

A Kriptonite shelf, Marcel Breuer Cesca chair backrest, Robin Day chair base and steam-bent beech component combined to make Chair 02, designed by Joe Buttigieg. He described them as "the most unlikely components to ever be compatible with each other".

Hellum rescued one of his own works, the Tool Stool, and evolved it into the Ulric Chair, with a backrest made of steam-bent beech and ash woods. 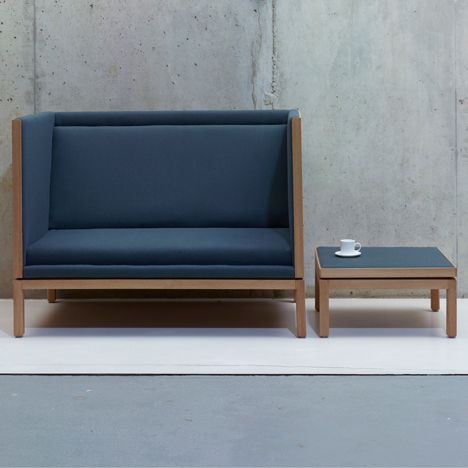 The pieces were displayed during the London Design Festival at an exhibition titled The Thing With MaltaSingh, held at Gallery SO on Brick Lane.

Initiated by Clerkin with Danny Clarke and Jasleen Kaur, the idea for the project resonated with SCP, which was focusing on the theme of "forever" during the festival.

"We loved the idea of things that were unusable becoming functional again," said the brand, which celebrated its anniversary last year. "Now is the time to set these pieces free."

The furniture will be sold at an auction hosted by Max Fraser at SCP East in London's Shoreditch, on Monday, 10 October, from 7pm.

An auction preview begins on Saturday, 8 October, from 9.30am.

The pieces are estimated to sell for between £90 and £400, and 10 per cent of the proceeds of sale will be donated to cancer support centre Maggie's.