Plans by former footballers Gary Neville and Ryan Giggs to build a luxury hotel and shopping centre in Manchester may be scuppered as the Twentieth Century Society seeks emergency heritage listing for a synagogue on the site.

The Twentieth Century Society's application to the heritage body Historic England requests the listing of a 1950s synagogue on the proposed site in the centre of the English city.

The synagogue is slated for demolition to make way for the scheme, which the Manchester United players teamed up with London practice Make to develop. The luxury development, named St Michael's, includes a pair of skyscrapers, a luxury hotel and public plaza.

The heritage listing of the Manchester Reform Synagogue would prevent plans to redevelop the site.

"The plans will not only sweep away two fine twentieth-century buildings but will also have a devastating impact on the neighbouring conservation area," said Twentieth Century Society advisor Tess Pinto.

"They show no consideration to Manchester's special sense of place that one would expect from two football stars who made their careers and built their lives in the city."

The Manchester Reform Synagogue, which dates to 1953, was the first post-war synagogue to be completed in the city using war reparations.

It was designed by architects and congregation members Levy and Cummings following the bombing of their former place of worship during the Second World War.

"There is a real paucity of non-Christian places of worship currently protected by listing in the country," said Pinto.

"In a context where there are ever declining examples of the twentieth-century architectural heritage of British Jewry, we believe the Manchester Reform Synagogue would make a worthy addition to the national list." 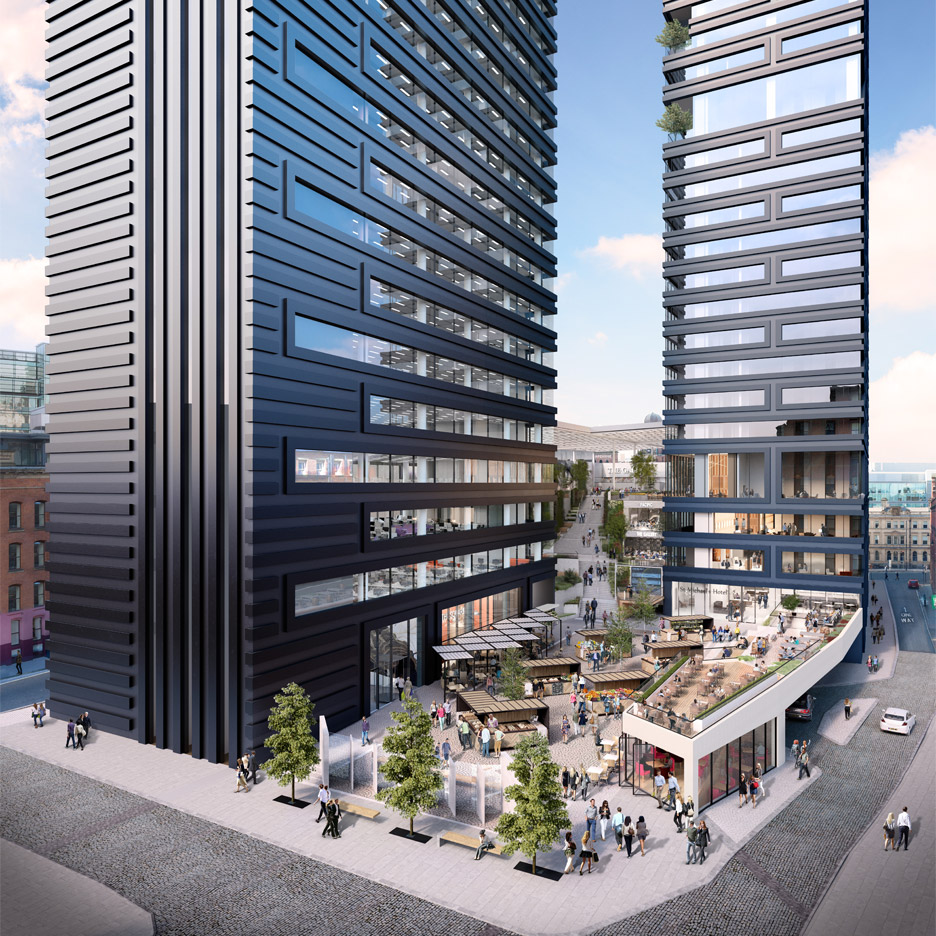 The St Michael's development would also see the demolition of a 1930s police headquarters and a Victorian pub that currently occupy the site.

The Twentieth Century Society, which campaigns for the preservation and protection of 20th-century architecture across the UK, hopes the listing of the synagogue will put a stop to the "shocking" scheme.