Baca Architects – the studio behind the UK's first amphibious house – has completed a boxy floating home on Chichester Canal in southern England.

The London-based architects developed the floating house as a prototype with British company Floating Homes.

Baca Architects referenced the design of canal boats when drawing up plans for the house, but increased the scale and included plenty of windows to create a more spacious and luxurious home on the water.

The Chichester model features an open plan living, kitchen and dining area with a large window in the corner of the lounge room that offers views out onto the lily pad-covered water.

"Internally the proportions are very different to a canal boat but with the same ethos of space efficiency," explained the studio.

"These homes are not only practical and affordable, but create a sense of sanctuary by living on water, which is a unique experience in most cities."

The architects played with the traditional rectangular shape of house boats to create a split-level design. A white staircase leads from the lounge up to a terrace carved into the flat roof of the house and surrounded by glazed balustrades.

Restricted access to the canal meant that the structure had to be craned into position. Its floating concrete foundations – weighing over 40 tonnes – were lifted and placed first.

The modular upper structure, which features pre-insulated wooden panels that are clad in cedar, was assembled in a factory and then placed on top.

The aim is to install these prefabricated floating houses along disused waterways such as canals, docklands and marinas in London, which the firm refers to as "bluefield" space.

Chichester is the latest in a series of floating houses by Baca Architects, which previously designed the Amphibious House, a design equipped to deal with the flood waters of the River Thames. 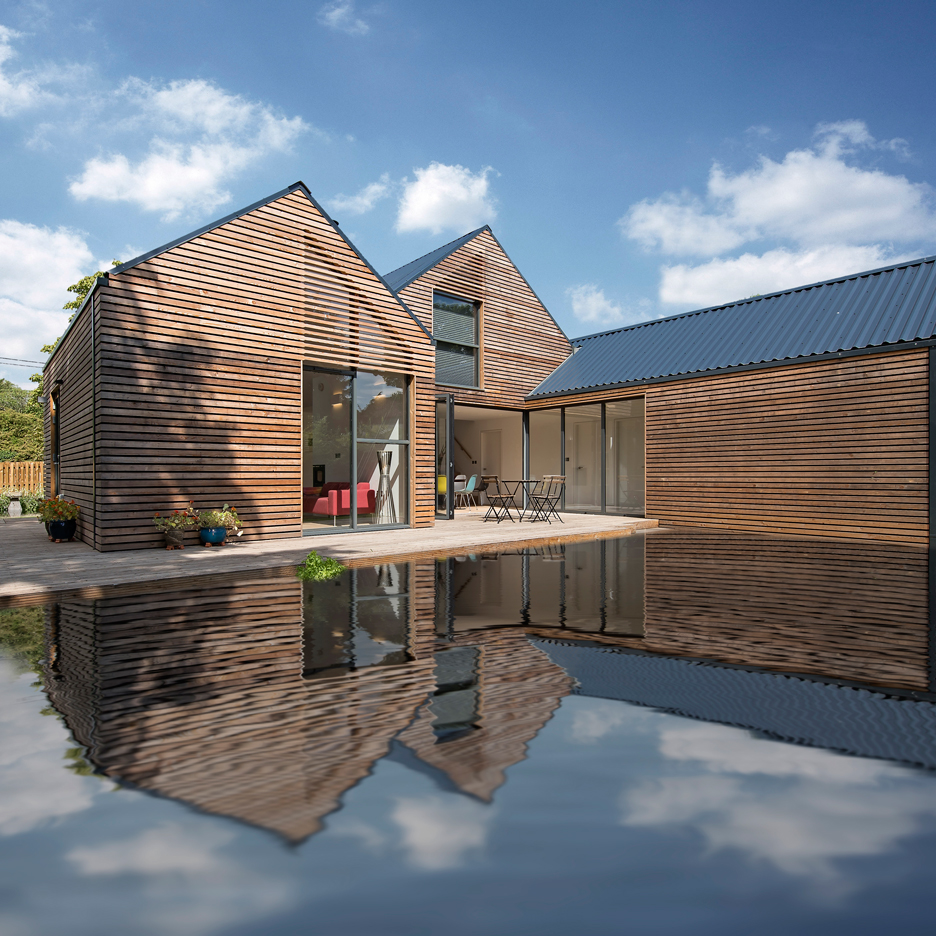 The Chichester prototype follows a surge of interest in floating buildings, which respond to rising sea levels and a shortage of development sites. Other proposals include mass housing on London's canals and amphibious cities in China.