The Jerome L Greene Science Center is the first building to complete on the university's Manhattanville campus, located a few blocks north of its historic Morningside Heights in Harlem.

He has also designed several buildings for the campus, including this 450,000-square-foot (41,800-square-metre) research centre that will house the Mortimer B Zuckerman Mind Brain Behavior Institute.

Steel beams and bracing exposed on the exterior reference the huge supports for the rail line to the east and raised Riverside Drive highway to the west, which separates the site from the Hudson River.

The majority of the building is encased by double-skin glass walls, designed to keep out the noise of subway trains that pass just metres away but to bathe the internal spaces in light.

The architect, whose other projects in the city include the Whitney Museum and the 565 Broome tower, also described the centre as "a factory exploring the secret of the mind". 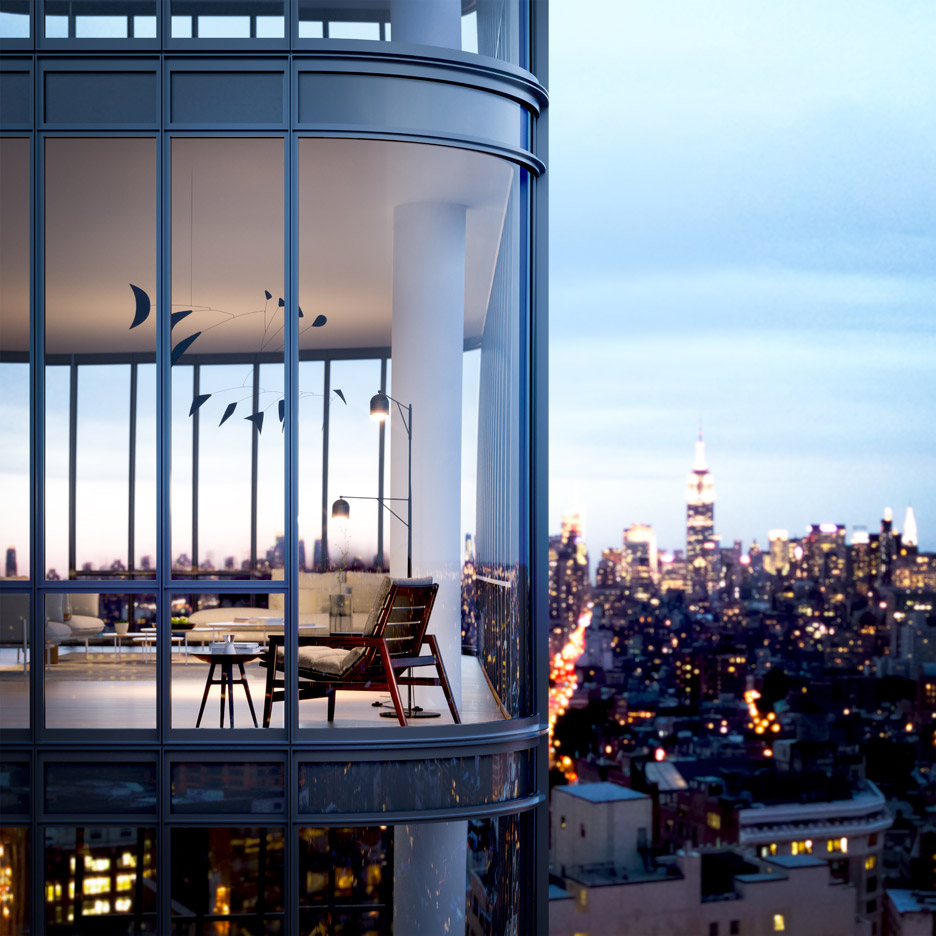 The building's layout is similar on nearly all of its nine above-grade floors. Two circulation axes create a cross in plan, dividing the remaining space into four "quads".

At each corner, these zones contain wet and dry labs for researchers, as well as private offices – making the most of the natural light in frequently occupied areas.

On bright days, a building management system automatically brings down blinds in front of the full-height glazed facades, and turns up the indirect artificial lighting inside.

Flexible spaces for lectures and events on the top storey can be opened up to each with pivoting glass doors, and out onto a generous terrace.

At street level, the centre will offer a community wellness centre, an education lab, retail and restaurants that will all be open to the public.

The building is set to welcome its occupants in January 2017, with Piano's adjacent arts centre for the university also due to open next year.

His Forum building just to the south – which will house a 430-seat auditorium, meeting rooms and university offices – is scheduled for completion in 2018.