German brand e15 is taking IKEA to Germany's highest court over a bed it claims is copied from one of its own designs.

According to business website Manager Magazin, the piece in question is IKEA's Malm bed, which bears a similarity to e15's SL02 Mo.

Frankfurt-based e15 is arguing that the Malm infringes its registered design right and that the similarity has led customers to complain.

The brand first brought the case in front of the regional courts in Dusseldorf, but after two findings in favour of the Swedish furniture giant, e15 is now appealing to Germany's supreme court, the Bundesgerichtshof. The court is expected to rule on the matter next year.

Launched in 2002, IKEA's bed is part of the bestselling Malm range – the same series that was in the headlines earlier this year when its dresser had to be recalled due to a "serious tip-over hazard".

Like the SL02 Mo, the Malm bed has a flat headboard and footboard, with a wide edge on the sides of its frame that can act as a slim bedside shelf.

That bed was first released in 2002, a few months after e15 launched its SL02 Mo bed, designed by the brand's creative head, Philipp Manzier over three years of development.

Any likeness between the beds is skin deep, however. The SL02 Mo is made from solid wood and retails for upwards of £3,546, while IKEA's Malm bed is made of particle board with an oak veneer and has a price tag of £165.

IKEA makes the bed available in several variations – one with sliding drawers underneath and another with a base that lifts to provide space for storage.

"Of course there were customers who did not understand the price difference," Mainzer told Manager Magazin. "But what the bed costs at IKEA, we pay alone for the wood." 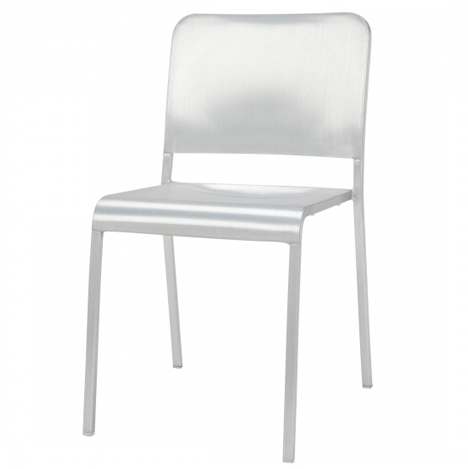 Manager Magazin reports that IKEA, for its part, has argued the beds were a parallel creation, meaning they arose independently and without knowledge of the other.

Although e15 would not comment on an ongoing case to Dezeen. IKEA confirmed that a case brought by e15 was underway.

The company has previously stated it "never deliberately copies products sold by other companies or designers".

While IKEA has improved its standing among designers recently – and even made it into the top 10 of Dezeen Hot List – copyright and design right infringement accusations continue to follow the brand.

In May, it came to an out-of-court settlement with American furniture brand Emeco, which accused it of copying the design of the 20-06 stacking aluminium chair by architect Norman Foster.