Google has reportedly shelved plans for its own autonomous car in favour of partnerships with other vehicle companies.

Update: Google has announced the self-driving car project will continue as its own company, Waymo, which will look at various ways to commercialise the technology.

The report – published by news site The Information – states that Google will be "scaling back" its self-driving car efforts, and will instead work alongside other automotive companies to develop cars that include "some self-driving features".

The article, which was based on a number of anonymous sources, claims Google has now also "backed off" its original plan to create its own vehicle with no steering wheel or pedals.

The Information's report additionally suggests that Google wants to introduce an autonomous taxi service by the end of 2017.

The news comes following Google's announcement in 2015 that it was holding discussions with some of the world's biggest automotive manufacturers in an attempt to bring self-driving cars to market by 2020.

A partnership between the tech giant and Fiat Chrysler was confirmed in May this year, with the two companies said to be building 100 autonomous Pacifica minivans. 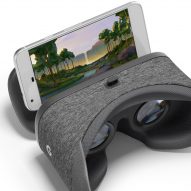 At the time, Google said the partnership would be "the first time we've worked directly with an automaker to create our vehicles".

Google has been through highs and lows with its self-driving car prototype since unveiling its prototype in 2014. Its autonomous system became the first non-human to be recognised as a driver in the US – widely seen as a first step towards changing the law for cars that have "no need for a human driver".

However, soon after, one of the vehicles collided with a public bus in Mountain View, California.

While Google may now be distancing itself from the race towards driverless vehicles, Apple has recently acknowledge for the first time that it is investing in autonomous car technology.

Driverless technology has been largely pioneered by Tesla founder Elon Musk. The billionaire entrepreneur has previously said that driving is too dangerous for humans and will be outlawed as soon as self-driving cars are proved to be safer.

His argument was backed by the US Department of Transportation, which earlier this year unveiled its plans to eradicate road accidents by increasing the number of autonomous vehicles.