Danish-American furniture designer Jens Risom – one of the first to introduce Scandinavian design to the US – has died aged 100.

Risom, who passed away at his home in New Canaan, Connecticut, on 9 December 2016, was a pioneer of mid-century modern design in the USA.

His best-known works include the 1943 Risom Lounge Chair produced by US brand Knoll, which features a seat and back initially woven from unwanted military parachute straps.

The son of architect Sven Risom, he studied at the Copenhagen School of Industrial Arts and Design alongside Hans J Wegner, then worked at a handful of small architecture and design studios.

He moved to the US in 1939 aged 23, bringing with him a pragmatic Scandinavian attitude towards design. His work helped spark interest in the pared-back style that became known as mid-century modern across America in the 1950s and 1960s.

Risom was part of the team that set up Knoll, and designed 15 of the 20 pieces in its 1942 debut furniture collection.

After a stint in the US Army during the second world war, Risom briefly returned to Knoll before setting up his own studio Jens Risom Design in 1946.

One of his chairs sat in the Oval Office while Lyndon B Johnson was US president, and Risom also featured as part of a 1961 spread titled Design For Living in Playboy magazine beside fellow mid-century designers Charles Eames, Harry Bertoia, Eero Saarinen, Edward Wormley and George Nelson.

Risom continued working well into his later life, designed a range of cabinets in 2015 and recently reissuing his 1950s T710 side table with retailer Design Within Reach. 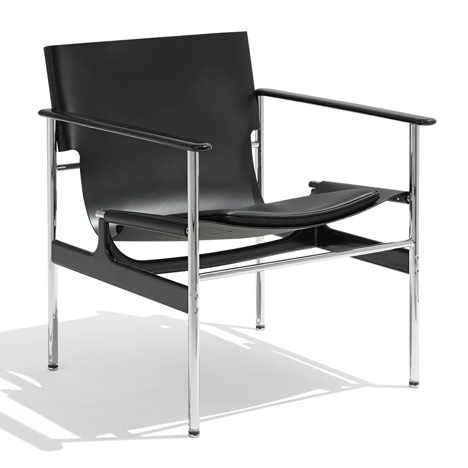