Next up in our review of 2016, social media editor Trudie Carter looks back at the 10 most liked images on Dezeen's Instagram account, ranging from a tiny garden pavilion in the UK to Calatrava's soaring transit hub in New York.

Christo's Floating Piers stretch out across an Italian lake

Our most popular Instagram image of the year shows Christo's temporary summer installation connecting the shores of Italy's Lake Iseo to islands at its centre.

Over 350 commenters were unanimous in their praise for the project, which allowed visitors to walk across the water along three kilometres of saffron-coloured pathways.

Chinese architect Zhang Ke's renovation of a historic Beijing neighbourhood helped transform the ageing district into a hub of activity. But it also wowed our Instagram audience, who were unanimous in their praise.

Arched walkway wraps Muslim centre near Beijing by He Jingtang

This image of an immaculate Muslim cultural centre by He Jingtang shows its petal-shaped arches reflected in a pool of water. It drew widespread admiration from our followers, with one commenting: "If Apple made mosques".

Peter Zumthor's thermal baths at Vals may have celebrated its 20th anniversary this year, but these images by Fernando Guerra prove the project – widely regarded as one of Zumthor's best – has enduring appeal.

This quiet residential project designed by British architect Scott Kyson as a playhouse for his children quickly became one of our biggest Instagram images of 2016, although it was only posted in November.

The small garden pavilion is covered in sheets of smoked glass and lined in lengths of charred larch to mirror the surrounding foliage. One commenter called it "almost invisible".

Concrete houses are a favourite with Dezeen readers, and our most popular house on Instagram this year was a Mexico City residence and studio for sculptor Pedro Reyes and his wife, fashion designer Carla Fernandez.

This image of Gensler's Shanghai Tower by photographer Nick Almasy shows the twisting skyscraper partially shrouded in mist. It was shortlisted for Arcaid's architecture photograph of the year and, although it didn't win, Instagram loved it.

Read more about 2016's architecture photograph of the year shortlist ›

Our Instagram followers were inspired to escape to the wilderness after seeing this flat-packed recreational cabin that could be assembled like a piece of IKEA furniture. It is the only conceptual project – and rendering – to make this list.

This 2012 BIG project was back on the radar after winning an Aga Khan award this year.

A meeting place for residents of Denmark's most ethnically diverse neighbourhood and an attraction for the rest of the city, this project was hugely popular with Instagram commenters from around the world. 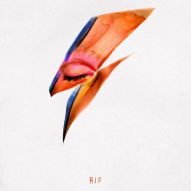