Next up in our review of the year, architecture editor Jessica Mairs selects the 10 architecture trends that defined 2016, from the resurgence of minimalism to the next generation of prefabs and the advent of co-living.

This year we saw an abundance of austere interiors – from apartments and bathrooms to offices – finished with cool-toned marble, uniform woodwork and block coloured walls.

Among them is a Barcelona apartment with grey-veined marble and raw concrete surfaces by Raúl Sánchez and the bathroom created by Maayan Zusman in a Tel Aviv apartment, where the only accents are a blood-red tap and a black-framed sink stand.

This year prefabs shook off their makeshift reputation, with architects and designers considering how modular building techniques could be used to build speedy and cost-effective yet aesthetically pleasing long-term housing.

In England, ShedKM and Urban splash are creating a whole development of modular housing, and in Estonia Kodasema created a tiny cubic living space that allows its owners to up sticks and move on a whim.

Over the last year, co-living and co-working schemes have attempted to completely reinvent how people live and work, with shared office and housing blocks largely targeting cash-strapped millennials.

But co-living was also presented as the ideal housing solution for an ageing population and the UK's first dedicated older co-housing scheme completed in London.

One co-living developer even predicted the popularity of the trend would make us all homeless in the future.

While Assemble kicked off the shingle revival with its pastel-hued Yardhouse studios in 2014, it was in 2016 that the trend really took hold.

The interpretation has been broad, with a huge variety of materials and scales demonstrating the versatility of the cladding, from the giant wooden tiles used for a visitor centre resembling a pinecone in Sweden to the subtle shimmer given by aluminium panels to the spire of a chapel in a Japanese cemetery and the dull cement covering used to help a French apartment block blend with its surroundings.

The Japanese wood-preservation technique known as shou sugi ban has been used to blacken the cladding of hotels, houses, pavilions and studios the world over.

We featured 35 projects incorporating the technique in 2016. Snøhetta selected the treatment for a cabin set in the crown of huge pines in Sweden, while Studio Padron covered a tiny library and guesthouse in upstate New York in blackened planks and Stal Collectief burnt the moving timber walls of its studio in the Belgian countryside.

A thirst for contemporary design transformed the London extensions market in 2016, with architects exploring ever more ambitious ways to expand tight living spaces in the capital.

The couple behind Scenario Architecture added a glass-roofed extension to their own London home, while Studio 304's sunken washroom allows residents to bathe in a garden setting and Selencky Parsons' stepped extension to a 1960s terrace diminishes in size like Russian dolls.

Other concepts from 2016 include a Rogers Stirk Harbour + Partners proposal to tackle intensive farming and EFFEKT's self-sustaining, off-grid village of greenhouse properties.

Panovscott used recycled telegraph poles to clad a studio for two artists at their Sydney home, while Nicholas Hunt built a micro studio at the back of his Brooklyn home and Surman Weston created a cork-clad workspace for a musician and a seamstress in London.

Architects embarked on a mission to create the world's skinniest skyscraper in 2016, with the trend becoming so popular in New York that the Skyscraper Museum released an online tool to track the city's growing number of slender towers.

Many measure over 300 metres tall and have base-width-to-height ratios as extreme as 1:23. In 2016, Rafael Viñoly Architects completed its 425-metre-tall skyscraper in Manhattan and Powerhouse Company proposed Europe's slimmest residential tower in Europe for Rotterdam.

This year experts tipped carbon fibre as the building tool of the future, claiming the material combined with robotic construction techniques is paving the way for a fourth industrial revolution.

Amanda Levete proposed using the strong yet lightweight material to create multistorey football pitches in inner-city London, and a University of Stuttgart graduate devised a mini wall-climbing robot to build web-like structures with lengths of fibre. 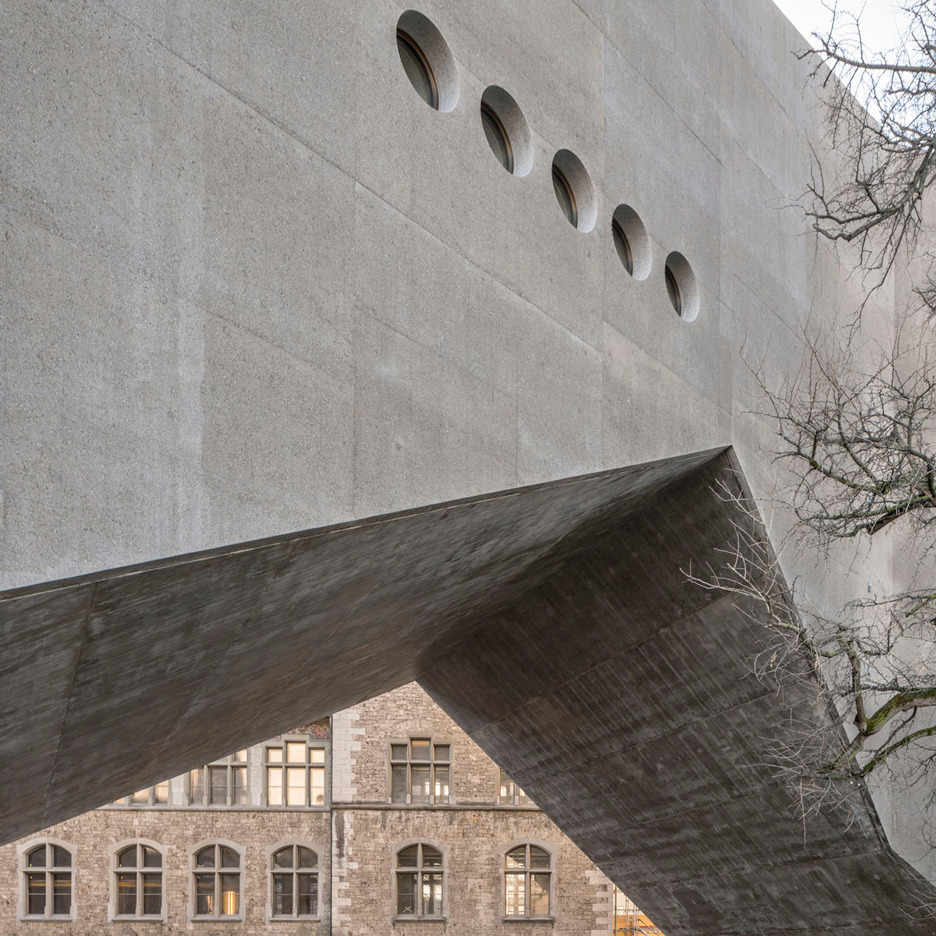