New York designer Lindsey Adelman has created a collection of lamps that appear to be made from melting glass.

The lights, which made their debut at the 2016 Salon Art + Design fair in Manhattan, are the latest addition to the designer's Catch series – which features bulging blown glass shades supported by metal frameworks.

Adelman has designed sconces and a table lamp, both of which feature globular glass pieces, that seem to be melting over a cubic metal base. The lights can be displayed several ways, so the milky glass appears to be precariously sliding off or clinging to the edge of the brass.

"This new installation of Catch sconces for Nilufar Gallery reminds me of something amorphous and alive, playing and oozing on a city block of buildings," said the designer, who previously created a 'quivering' tree-like chandelier for Nike.

She has been a key figure in the burgeoning New York lighting design scene since opening her studio in 2006, having created pieces for Brooklyn brand Roll & Hill, and selling lighting designs through Nilufar Gallery and BDDW.

"These new pieces are a distilled, pared-down manifestation of this continued interest embodying a mysterious organic form in glass set free or wreaking havoc on a planned manufactured environment represented in brass," Adelman added.

Earlier Catch lights included floor lamps and pendants with seemingly melting glass shades that hung from brass links. Each piece of glass was blown through the brass circle and left to solidify according to the effects of gravity, creating a unique shade each time.

The Salon Art + Design fair took place from 10 to 13 November 2016 at the Park Avenue Armory, where Herzog & De Meuron recently renovated a 19th-century interior and which also hosted an installation of concrete towers by OMA New York earlier this year. 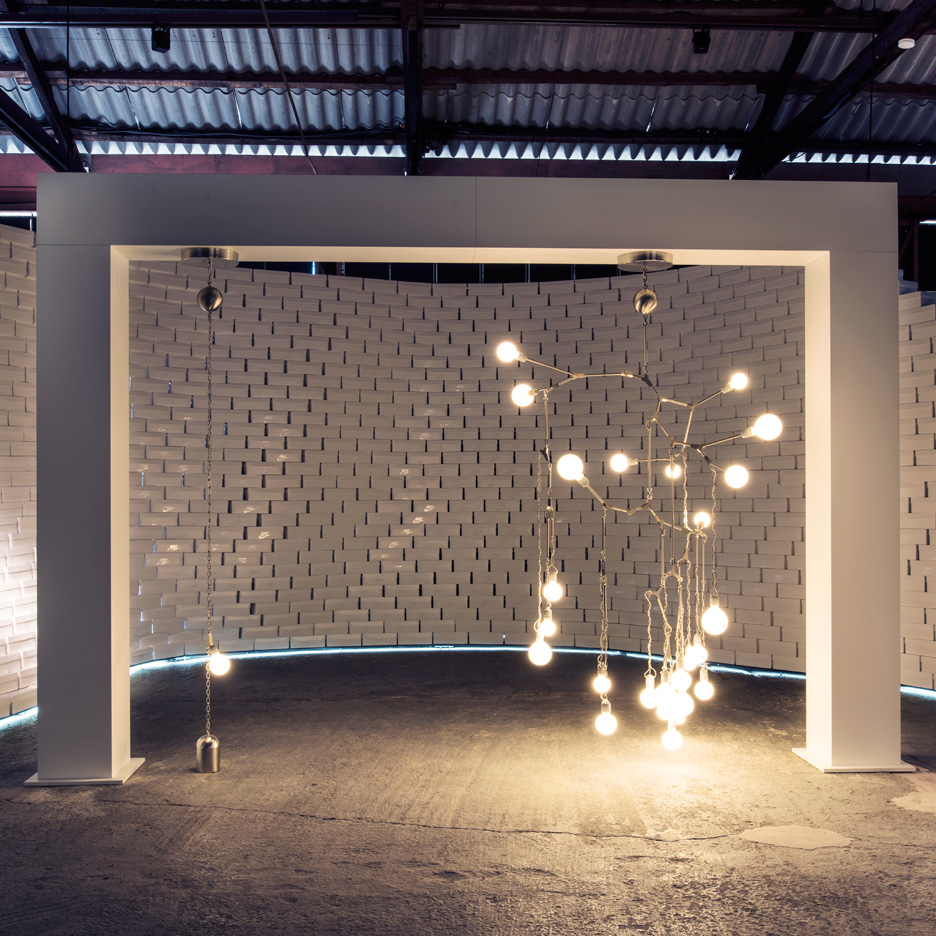