A hotel designed by famed Brazilian modernist Oscar Niemeyer has reopened as a luxury resort in Rio de Janeiro, after being closed for over 20 years.

Designed by the late Niemeyer in the late 1960s and completed in 1972, the 33-storey Hotel Nacional overlooks the beach from the city's São Conrado neighbourhood.

Cylindrical in form, the tower boasts panoramic views out to sea. It features a 3,000-square-meter lobby, and 2,500-square-metre gardens designed by Brazilian landscape architect Roberto Burle Marx. A huge sculpture of a mermaid by Brazilian artist Alfredo Ceschiatti is also located on the site.

The hotel was originally owned by banker Artur Falk, but eventually went bust. It received its final guests in 1995.

During its period of dereliction, the building was stripped of its fixtures and fittings, and vandalised. Pop star Justin Bieber was charged with illegally graffitiing the hotel in 2013.

It has now been revitalised and reopened as a five-star hotel run by Meliá Hotels International.

Following a soft launch, all 413 rooms are expected to open on 15 January 2017. A restaurant, bar, and spa will open in February, with a convention centre to be opened in March. The hotel also has its own helipad.

Oscar Niemeyer began his architectural career in the 1930s and was influenced by the work of fellow modernist Le Corbusier.

Over his nine-decade career, Niemeyer designed many buildings in his home town of Rio de Janeiro. Further afield, he designed the UN Secretariat in New York and the Communist Party headquarters in Paris. 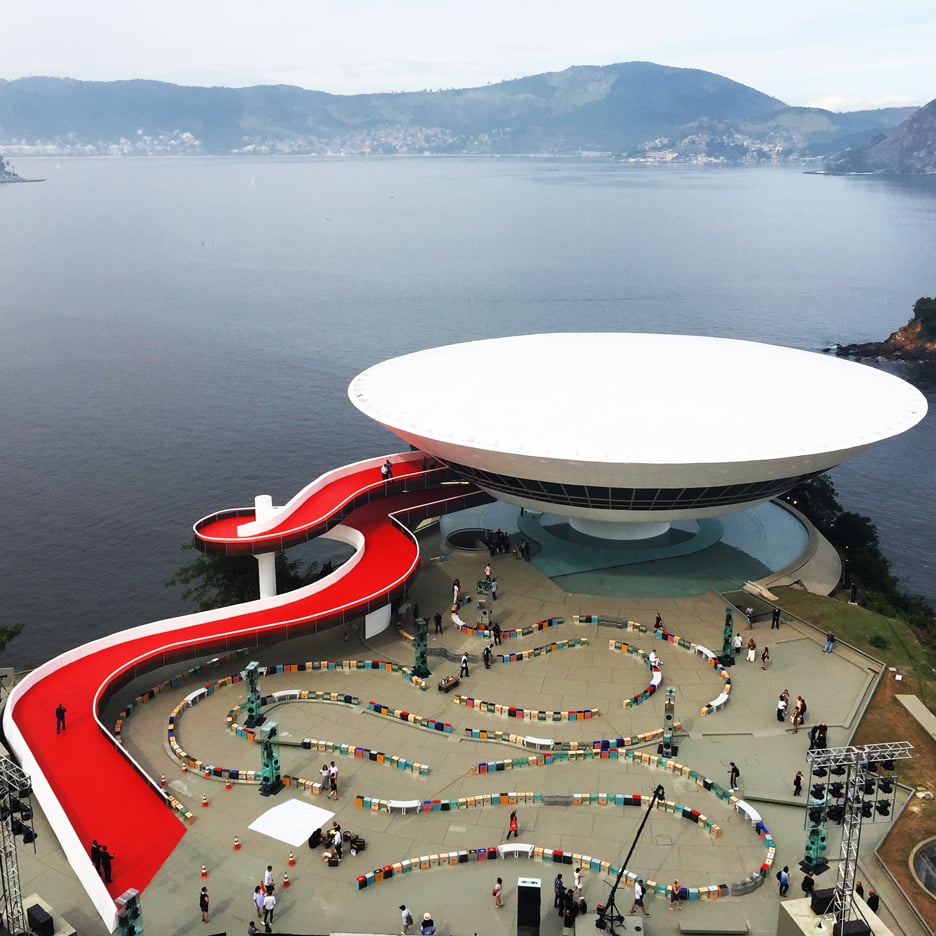 But he is perhaps best known for his contribution to capital city Brasília, where he designed many of the civic and government buildings –including the Roman Catholic Cathedral, which helped earn him the Pritzker Prize in 1988.