Volkswagen has revealed a futuristic-looking, driverless version of its iconic VW Microbus – the vehicle most often associated with the 1960s hippie movement.

Described by the German automotive company as the "microbus of the new age", the ID Buzz van was unveiled during this year's North American International Auto Show (NAIAS) in Detroit.

The ID Buzz is similar in shape to the VW Microbus, which has become synonymous with America's hippie subculture. But this eight-seater concept vehicle has an electric engine and self-driving functions – which Volkswagen claims is a first for a minivan.

To activate the autonomous mode, the driver would push on the steering wheel, causing it to move back into the cockpit.

The driver's seat would turn around to face the passengers in the back, while laser scanners, ultrasound sensors, radar sensors, area-view cameras and a front-facing camera help to take care of the driving.

Traffic data would be sent to the car via The Cloud, helping it to navigate.

"The ID Buzz stands for the new Volkswagen – modern, positive, emotional, future-orientated," said Frank Welsch, a member of the company's board of management for development.

"By 2025, we want to sell one million electric cars per year, making e-mobility the new trademark of Volkswagen."

Once fully charged, the van would have enough power to drive 600 kilometres. It would then take around 30 minutes to charge back up to 80 per cent.

The ID Buzz was presented at this year's NAIAS, which is taking place in Detroit from 8 to 22 January.

While Volkswagen's first fully-electric car is scheduled to arrive at some point in 2020, it is unclear whether the ID Buzz will go into production at all.

A range of concept cars were also on show at this year's Consumer Electronics Show (CES) in Las Vegas, including a BMW that could receive drone deliveries on the move, and a Toyota that uses artificial intelligence to anticipate its driver's needs. 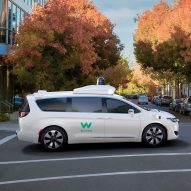