Today we launch a new collaboration with Swedish flooring company Bolon. In the first movie in our Bolon at Heart series, Annica and Marie Eklund explain how they transformed their grandfather's rug company into a glamorous design brand.

Led by sisters Annica and Marie Eklund since 2003, Bolon is famous for its woven vinyl flooring, which has been used around the globe by some of the world's leading architects and designers.

However, the company's origins are much more humble. It was founded in Stockholm by Annica and Marie's grandfather Nils-Erik Eklund in 1949, who made rag rugs from fabric offcuts.

"The story of Bolon started with our grandfather passing a factory everyday," explains Annica Eklund in the movie, which Dezeen filmed at Bolon's headquarters in Ulricehamn, Sweden.

"He saw this huge amount of leftover textile and really saw the potential of re-using it. He produced rugs for residential use made of cotton and nylon."

Annica and Marie's parents Lars and Monica Eklund took over the company in 1967 and built up Bolon's reputation as a producer of caravan awning mats throughout the 1970s and 80s.

"We did a lot of camping [as a family], and our father has always been a kind of inventor," Annica says. "He was missing a product to use in the camping lifestyle."

Annica is a former showjumper for Sweden's national team, while Marie modelled in Italy during her studies at Florence's Accademia Moda. When they joined the family business, both sisters knew they wanted to take the company in a new direction.

"Our passion has always been about fashion, design and interiors," Marie Eklund says. "So we had to develop the company in this direction and add something completely new."

The sisters were emboldened when they saw Bolon's flooring in Giorgio Armani's campaign for his spring 2003 collection, which had been shot on location at the infamous fashion designer's home.

"Armani was using our flooring in all his campaigns and also in his private summer house, in his yachts and shop concepts," Marie recollects.

Since Annica and Marie took over, Bolon has worked on projects with a host of leading architects and designers including Fernando and Humberto Campana, Giulio Cappellini, Jaime Hayón and Tom Dixon.

Architect Jean Nouvel has designed a range of flooring for the brand, while Bolon worked with Missoni to reinterpret the fashion house's classic zigzag pattern.

"They totally repositioned the brand from being a traditional weaving mill into an international design brand," says Bolon's chief marketing and sales officer Helen Emanuelsson.

"Since they took over, we have quadrupled our turnover."

Annica and Marie have invested heavily in Bolon's factory in Ulricehamn, Sweden, bringing all the company's production in house and investing in a number of state-of-the-art jacquard looms, which enable much more intricate patterns to be woven.

The sisters have also worked to create a sense of glamour and luxury around Bolon. The company runs a boutique hotel called Villa La Madonna on a vineyard in northern Italy and operates two guesthouses in Ulricehamn – each with a private chef – where Annica and Marie host their clients, collaborators and guests.

"When our architect and designer friends visit us, we are very happy to have them stay in our guesthouses," Annica says. "When Marie and I were growing up, it was a very friendly, open, warm atmosphere. We took that feeling with us into the company."

This movie is the first of a 12-part series that we will be publishing over the coming months. The Bolon at Heart series will explore the brand's history, design and technology as well as documenting its plans for 2017 .

"Bolon is a company which never stands still, we always want to develop in a new direction," says Marie. "We are very happy and very proud to be still so passionate about Bolon and about what we are doing every day."

This movie was filmed by Dezeen for Bolon in Ulricehamn, Sweden. All photography is courtesy of Bolon, unless otherwise stated. Music is by Tobias Lindén of Fry Communications. 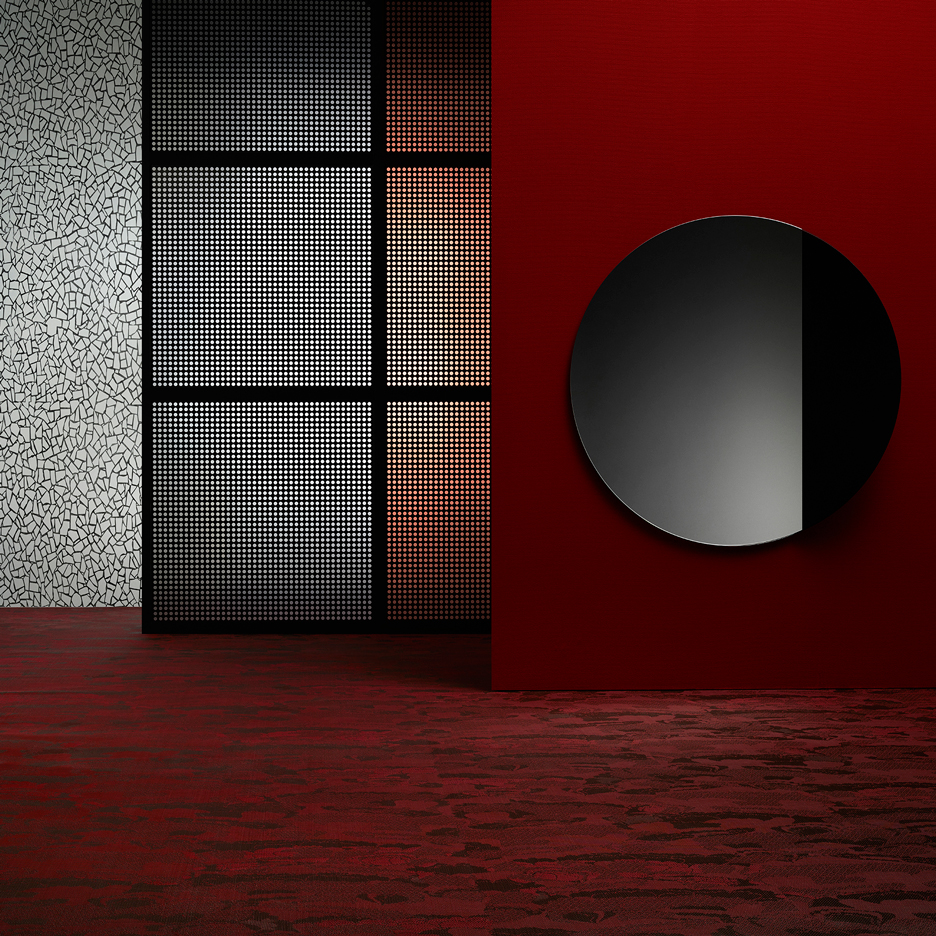