The whimsical furniture and decorative items in the series are fronted or topped with visage-like imagery in the designer's typical illustrative style.

These flat faces are made up of multiple smaller pieces of the engineered quartz, neatly fitted together like historic inlaid decorations known as marquetry.

Hayón's aim was to demonstrate the capabilities of the material, which is easier to cut into bespoke shapes with precise edges than natural stone.

"I thought I could create something very graphical using 21st-century marquetry," he told Dezeen. "If you tried to do it with marble it would be super complicated."

"The idea was to raise the material to another level, make it more nobel," Hayón added.

The collection includes tables with stripy bases, cabinets with oversized doors and a decorative panel designed to be hung on a wall.

Each comprises contrasting light and dark tones, while some also feature warmer brown and beige hues.

IDS Toronto took place from 19 to 22 January 2017 at the Metro Toronto Convention Centre, where Lightmaker Studio launched two lighting collections with branch-like brass fixtures."There is this sort of primitive element to it, the black and white, and rigidity, as well as the folklore imagery," said Hayón.

The installation in Toronto marks the beginning of a year-long collaboration between the designer and Caesarstone, which will see the Stone Age Folk series expanded for Milan design week in April. 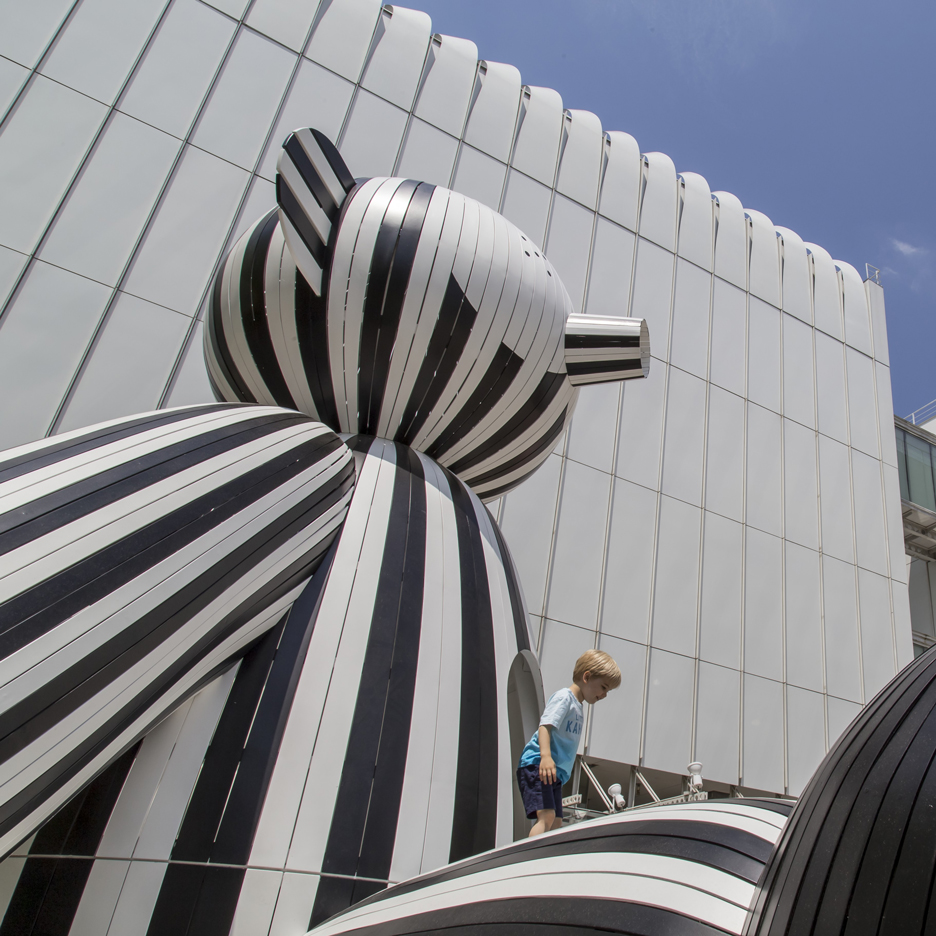 But it is not the first time the two have worked together.

Hayón previously used the material to create a mirror for a retrospective of his work at Israel's Design Museum Holon.