This unit containing sleeping, eating and working areas was designed by Nils Holger Moormann for those living in micro apartments.

Kammerspiel, which Moormann describes as the largest piece of furniture he's ever constructed, is intended to provide people with a space-saving solution for their studio flats.

"At a time when affordable living space is becoming scarce and the grand opera is not always possible, a Kammerspiel  – or intimate theatre – can be a fitting alternative," said Moormann.

"It's a room within a room, condensing enough features and space to take the airiness of the rest of the apartment into consideration."

Important living areas – including sleeping, eating working and reading – sections are organised around the external sides of the cube.

A set of stairs, which double as drawers, leads up to a bed on the top of the volume, while a walk-in wardrobe and additional storage is accommodated on the inside.

The module can be adapted to suit different individuals and their homes, with Moormann targeting writers, sportspeople, homeworkers or the "fashion conscious".

City dwellers are adapting to escalating house prices by living in smaller, more flexible spaces, and designers are increasingly responding with furniture that makes the most of every inch of the floors, walls and even the ceiling.

Recent solutions include a hanging storage system by Jordi Iranzo, a space-efficient box by Till Könneker and a shelving system that comprises three interchangeable desktops by Matej Chabera.

A self-taught designer, Moormann built up his business in the remote German town of Aschau im Chiemgau. The company, also called Nils Holger Moormann, now designs and sells locally produced furniture by Moorman and other designers around the world.

His most recent projects include a dog-sized version of a flatpack bed, and an "inconspicuous" Volkswagen Bus with a minimal interior. 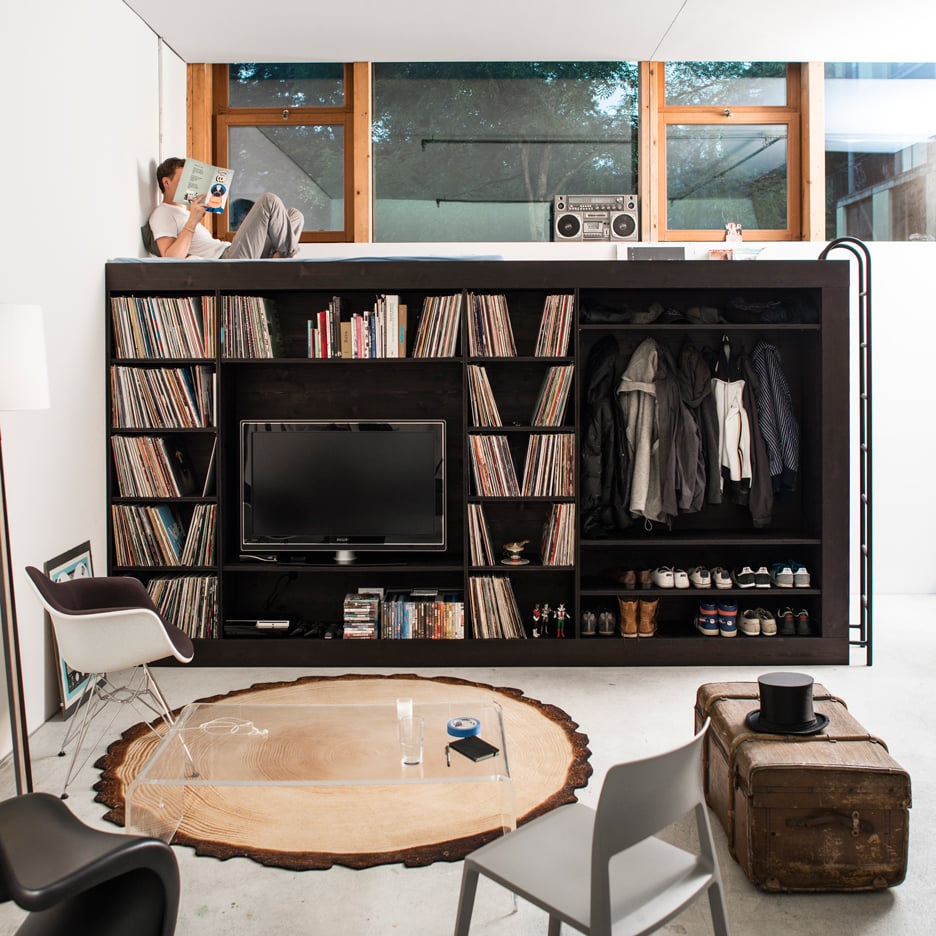 Photography is by Julia Rotter.