The Börder Wåll offers a "practical, ready-made solution" to the US president's plans for a continuous barrier between the two countries, according to satirical news site The Postillon.

A graphic mimicking a typical minimal instruction sheet provided by the Swedish furniture giant has been mocked up for the builders.

It lists hundreds of thousands of panels and barbed-wire coils, along with millions of screws, but only specifies a single Allen key for assembly.

The Postillon suggests that the partition modules would be pressboard with a birch effect, and would connect to form a blockade that measures 33 feet (10 metres) tall and 1,954 miles (3,144 kilometres) long.

Trump first proposed the border wall as a solution to curbing immigration from Mexico during his presidential campaign. Since then, a host of designers have responded to the plans.

IKEA's previous spoofs have included a response to a collaboration request from rapper Kanye West, for which they similarly created a version of an instruction sheet for a "Yeezy" bed – based on one shown in his Famous music video. 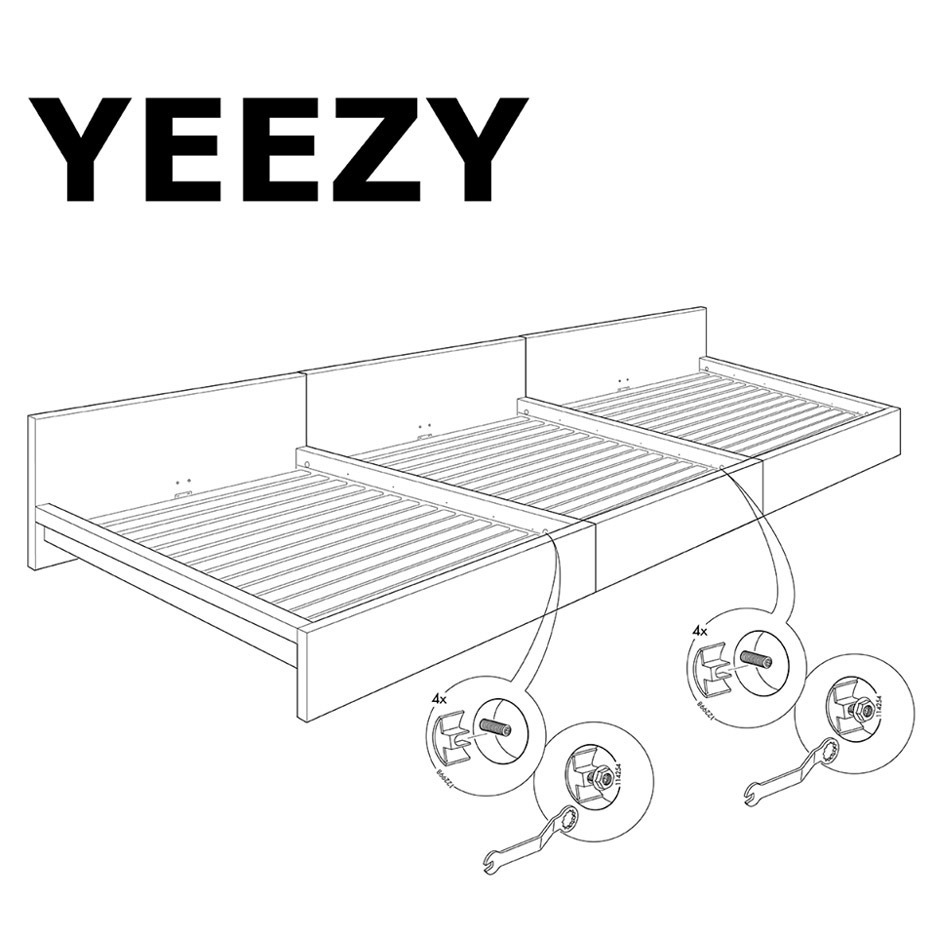