Toronto design store Mjölk has curated a display of original products from the Shaker movement, and commissioned contemporary interpretations of the pared-back household items to show alongside.

Mjölk asked a group Canadian and Scandinavian designers to reinterpret designs by the Shakers – a religious sect that moved to colonial America from Britain, and became well known for their simplified furniture and architecture made during the late 19th century.

Their designs were created to facilitate a simple lifestyle, and members considered making to be an act of prayer.

"Working for them was a form of worship," Mjölk co-founder John Baker told Dezeen. "That's an idea that's as old as religion – making these grand gestures, like a fresco or a big painting on the ceiling of a church. The Shakers were amazing because we can look at this on a domestic level, on a human scale."

The exhibition title, That Is Best Which Works Best, refers to the group's quest for optimum functionality over aesthetics.

This style has recently become an influence for a host of designers, with Neri&Hu, Jin Kuramoto, Torsten Sherwood and Pinch all borrowing elements from the Shakers.

"We're exploring the Shakers as an aesthetic, as something that has inspired a lot of designers," said Baker, who co-founded Mjölk with his wife Juli.

For the range, Homstvedt has created a small wooden toolbox with two compartments and a central handle, as well as shelves and a mirror that balance on pegged vertical mounts.

Fougere designed a set of minimal fire tools available in two colour combinations, while Collett collaborated with Baker on a slender light-wood dining table. All the pieces are produced by Mjölk in Canada.

To provide a comparison, the store sourced a variety of historic artefacts to showcase beside the new designs.

Authentic Shaker pieces ranging from a large cabinet and a stove down to kitchen utensils were presented in the minimally decorated space.

A selection of 20th-century Danish designs by the likes of Hans J Wegner and Børge Mogensen, both influenced by the movement, were also scattered across the exhibition.

Baker believes that the surge of interest in Danish modernism over the past few years has naturally led to a revival of the Shaker aesthetic.

"You start to look at these Danish pieces and you think, that's somewhat reminiscent of older pieces," he said. "You end up going down the rabbit hole and I think it's a natural conclusion to reach the Shakers."

"We're talking about modern ideas: function first, reduction," he continued. "This was happening a hundred years before the modern movement."

That Is Best Which Works Best took place as part of the citywide Toronto Design Offsite festival, from 18 to 22 January 2017.

During the event, which coincided with the IDS Toronto trade fair, Dezeen also spotted five emerging Canada-based designers to watch. 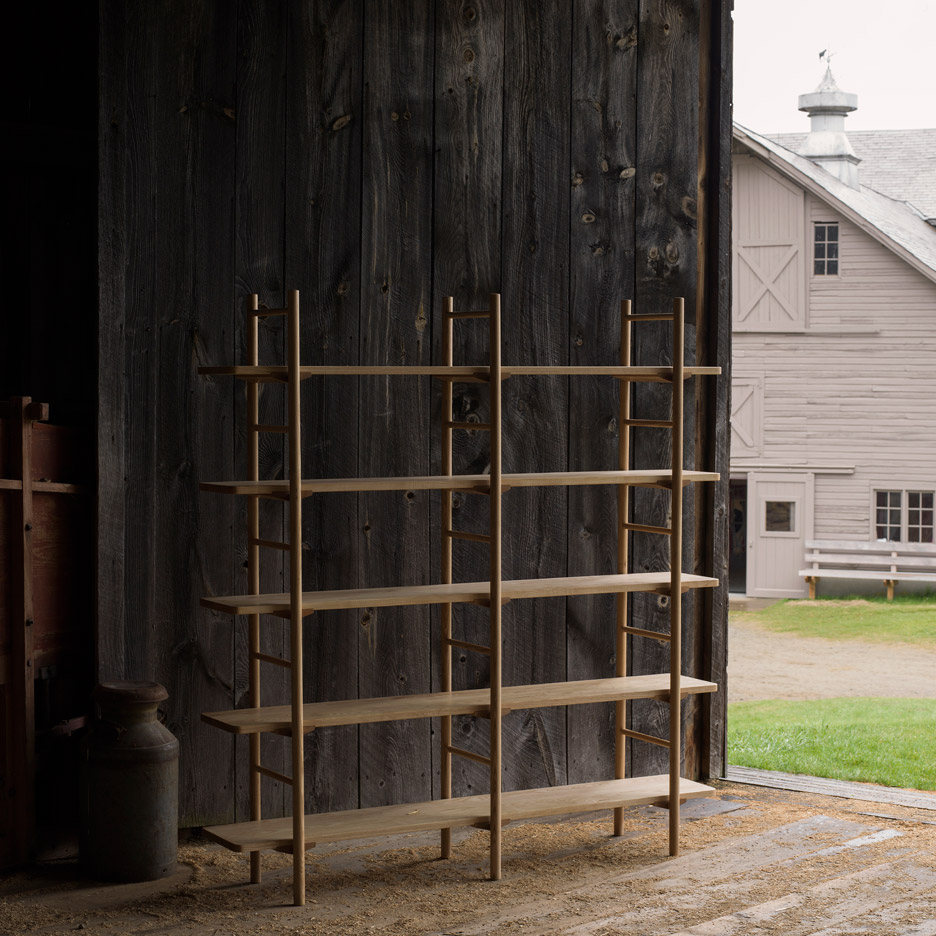