The Alves da Veiga building, though appearing from the outside to feature just two storeys, contains a series of mezzanine levels that create four floors within.

The Esposende-based studio maintained the structure and spatial arrangement of the original building to create six two-storey apartments, designed in identical pairs.

At the centre, the main staircase connects all the levels, and is topped by a large skylight.

"Despite the advanced state of degradation, the industrial austerity that we encountered during the first visits served as a starting point for the definition of the proposal," said the studio.

Pedro Ferreira Architecture Studio, which also renovated another 19th-century townhouse in central Porto, placed two larger apartments at the rear of the ground and first floor.

Both feature an open-plan kitchen and living on the lower level with glass doors that open to a garden.

Walls and ceilings are painted white to brighten the space and contrast the concrete flooring, and white marble kitchen counters run along the side of the room.

On the mezzanine floor, the master bedroom features pine wood floor boards. The same wood is also used to frame a large window that offers a view down into the living space below.

A pair of smaller flats on the lower two levels are placed at the front of building and feature similar finishes. The bedrooms have large windows facing out onto the street.

Another two apartments occupy the second and third floor of the building. Both feature a long and thin kitchen and living room on the lower level, where large white shutters can be drawn across the windows.

Pine wood is used for all of the flooring and to form the stairs treads on top of a white base. The steps lead up to a pair of bedrooms in the converted attic.

Other 19th-century buildings converted into apartments in Porto include one containing monolithic freestanding units that house the kitchens, beds, bathrooms and other furniture, while another has 14 flats for young people and students. 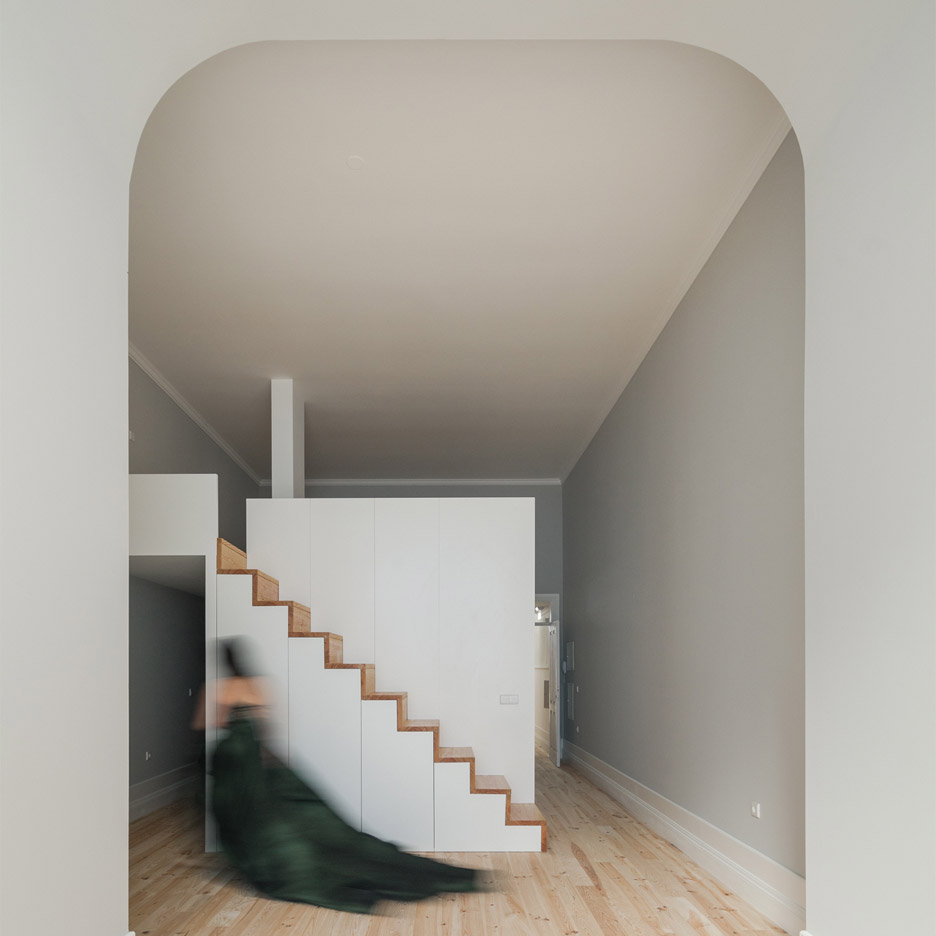