The collection includes six cushions, each featuring prints created by Day in the 1950s.

The designs range from a pattern of abstracted mushroom caps originally created for the Festival of Britain to a print that references photographs of dried flowers.

The patterns are typical of the designer's work, which often drew upon forms found in nature such as twigs or plants, as well as abstract art by the likes of Kandinsky and Klee.

Day's Spectators design, which features tall, thin figures, as well as her geometric Lapis print with its flashes of contrasting orange, are also included.

Two further patterns, which are made up of repetitive magnet shapes and brightly coloured forms, are only available in a limited run of 100 – a further reference to the centenary.

In addition to the cushions, John Lewis has released a collection of fabric that features six of the designer's prints, chosen for their "enduring relevance and dynamic colourful design".

The range was created in partnership with The Robin and Lucienne Day Foundation – who previously worked with the British brand to relaunch Robin Day's injection-moulded school chair.

Day and her husband worked as design consultants to the company in the 1960s, and continued to do so until 1987. She also created prints for furniture retailer Heal's and London department store Liberty, and designed carpets, wallpaper and patterns for tableware.

Robin Day, who the designer often collaborated with, has also been the subject of revivals, with his 675 chair relaunched in 2014 by Case Furniture under the strict supervision of his daughter – who set up the foundation in 2012. 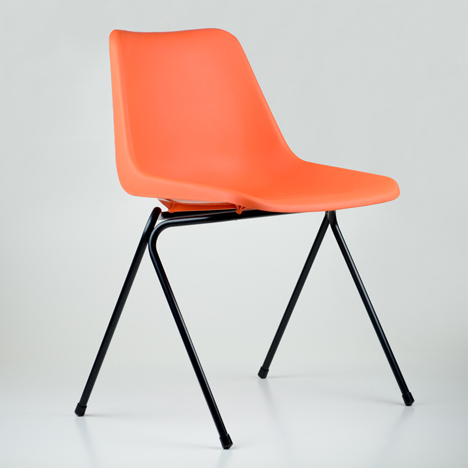 His work was also the subject of a 2015 V&A Museum exhibition, which contrasted many of his mass manufactured pieces with hand-crafted items such as walking sticks and slingshots.