Amsterdam-based design duo Formafantasma presented a series of lighting designs and experiments in Milan this week, including golden hoops that project circles of light and slender beams that create colourful refractions.

Find out more about Elmetto ›

Forms in Space... by Light (in Time) by Cerith Wyn Evans

Find out more about Forms in Space... by Light (in Time) ›

A giant cloud of balloons was installed under the roof of the 19th-century Market Building in London's Covent Garden by French artist Charles Pétillon. A gently pulsating white light, designed to mimic a heartbeat, illuminated the structure from within.

Find out more about Heartbeat ›

Illuminated glass droplets full of bubbles appeared to fall from the ceiling of a Tokyo gallery in Torafu Architects' Water Balloon installation. Each of the 36 hand-blown bulbs pulsated with light in the dark space.

Find out more about Water Balloon › 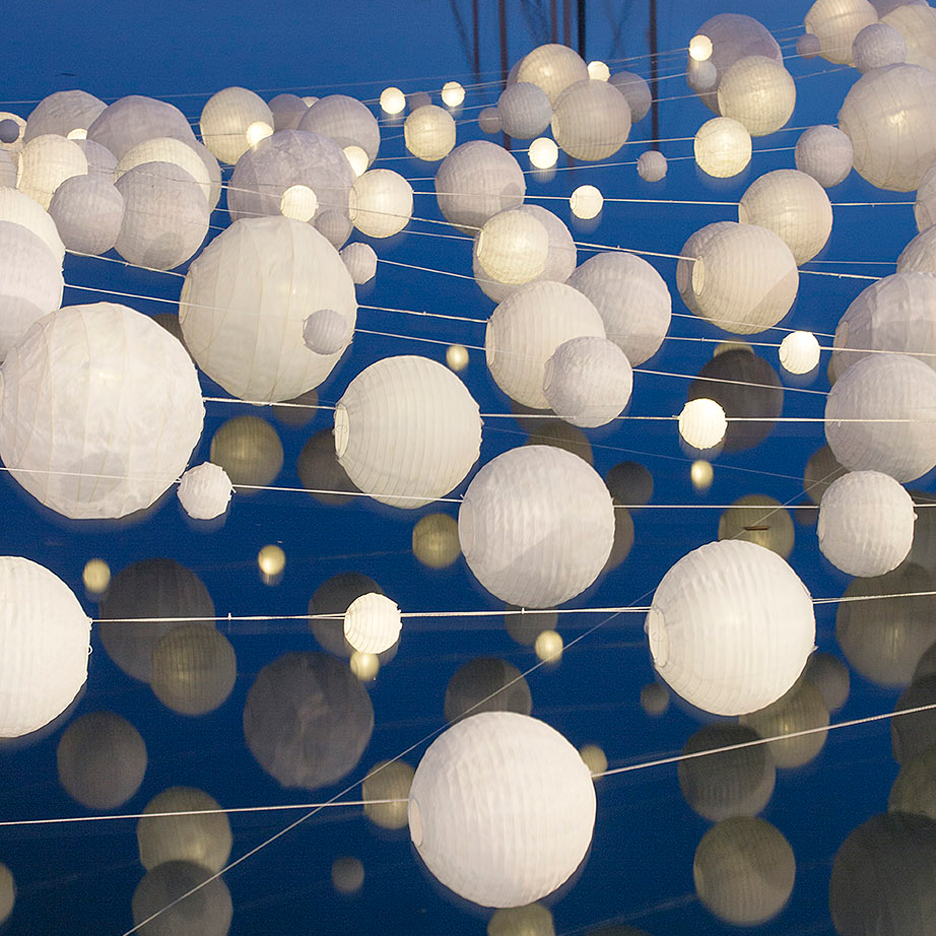 Architects Marion Moustey and Alexandre Arcens strung an undulating canopy of lights between two docks to create Sensual Wave. The 160 spherical lace-wrapped lights were reflected in the water at night, when sensors automatically illuminated the installation.

Find out more about Sensual Wave ›

Canadian firms Lateral Office and CS Design placed 30 glowing seesaws in a Montreal public square to create the Impulse installation. In-built LEDs and speakers caused the light intensity and sound to change as each seesaw moved up and down.

Find out more about Impulse ›

Forest of Light by Sou Fujimoto

Japanese architect Sou Fujimoto used spotlights, mirrors and specially composed sounds to create a "shifting forest of light" for fashion brand COS at last year's Milan design week. Cone-shaped beams pierced through the pitch-black room, fading on and off in response to visitors' movements.

Find out more about Forest of Light ›

Find out more about Opticality ›

A billowing woven sculpture by American artist Janet Echelman was suspended above London's busy Oxford Circus junction. At night, the piece was illuminated with coloured projections that were determined by nearby smartphone users who chose to participate.

Canadian lighting brand Bocci filled the rooms of its Berlin headquarters with room-sized installations, including a tree-shaped sculpture with lights held on the end of branches, and a cloud of globular lights.

Find out more about Bocci79 ›