Benjamin Hubert's design studio Layer used 3D-knitting to create this seamless chair for Moroso, which is based on the construction of a tent.

The Tent Chair, launched during this year's Milan design week, is made from a single, seamless piece of recycled Nylon that is stretched over a steel frame. Each piece of nylon contains more than 2 million knitted loops and 50,000 metres of yarn.

The knitting technique allows for cushions to be integrated into the chair's main fabric – something Hubert claims to be a world first.

He used a similar technique for his Cradle chair, which features seat backs made from a stretch mesh.

"For Tent we have managed to knit in a three-dimension filling yarn simultaneously with the cover yarn to give the knitted structure a quilt-like construction in the sitting area," the designer told Dezeen.

"It's the largest digital knitted structure to our knowledge that has ever been produced."

In a similar way to a tent you use for camping, the fabric is stretched out and held in place by guide ropes, fashioned from the same cord as is used in sailing.

Because it's made from knitted nylon, the chair is suitable for both inside and outside use. Cushions are designed to allow water to pass through them.

Hubert, who rebranded his studio as Layer in 2015, puts the successful partnership down to a "shared passion for innovations in textile".

"Patrizia [Moroso, creative director of the company] and I both share a passion for textile construction, unusual constructions," he told Dezeen in 2014.

"Things that are really engaging and new. This is what first attracted me to Moroso and I think their brand is really in line with that as well." 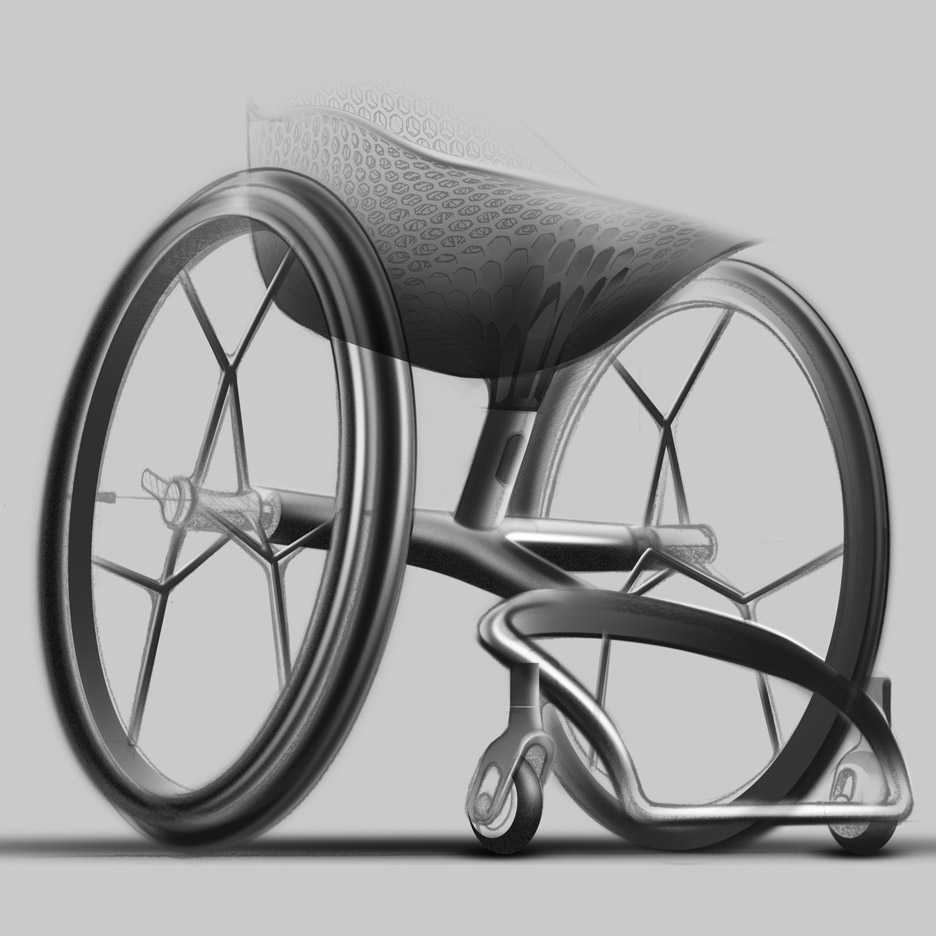 Aside from his work with Moroso, Hubert has designed products ranging from a bespoke 3D-printed consumer wheelchair to recyclable hemp partitions.

The designer, who ranked at number 65 on the inaugural Dezeen Hot List, also redesigned the charity collection box and launched a concept wearable that could track personal carbon consumption.