Yayoi Kusama: From Here to Infinity!, which was created alongside Kusama's studio in Japan, gives children the chance to read about the artist's journey to success.

Through the combination of text written by MoMA curator Sarah Suzuki, and illustrations by Ellen Weinstein, the book documents different points in the 88 year-old's career.

The story begins when Kusama is a child living in Matsumoto, Japan – describing the upbringing she had on her family's plant and vegetable nurseries.

While Kusama's mother longed for her to live a traditional life, she wanted to be an artist, and would spend her days outside painting and drawing.

She experienced the same rigidity during her time at art school, where she was forced to paint in the traditional Japanese style.

Wanting to live a life free from rules, Kusama moved to New York City, where she became famous for her polka dot paintings and giant, plush sculptures of chairs, sofas and boats.

The book ends with Kusama's return to Japan where she famously creates all of her work in a studio near the Tokyo psychiatric facility in which she has lived, voluntarily, since 1977 – having reported experiencing visual and auditory hallucinations her whole life.

Weinstein, a New York-based illustrator, created her drawings from Suzuki's manuscript, using gouache paintings that she then assembled digitally.

"I met with associate publisher Charles Kim last August, as Sarah Suzuki – the MoMA curator of drawings and prints – had expressed interest in creating a book for children about Yayoi Kusama," Weinstein told Dezeen.

"I created several images for the book proposal and once it was approved, Sarah wrote the manuscript for the book and I created the sketch storyboards and then the final art," she continued. "I am a fan of Ms Kusama's work and I read her autobiography and immersed myself in books of her work as well."

In 2015, a retrospective of Kusama's 60-year career went on display at Denmark's Louisiana Museum of Modern Art, which brought together everything from the artist's early drawings and sketchbooks through to her iconic installations.

A year later, she exhibited new sculptures, paintings and installations at London's Victoria Miro gallery, including three mirrored rooms and plenty of pumpkins, before going on to plaster red dots across Philip Johnson's Glass House in Connecticut. 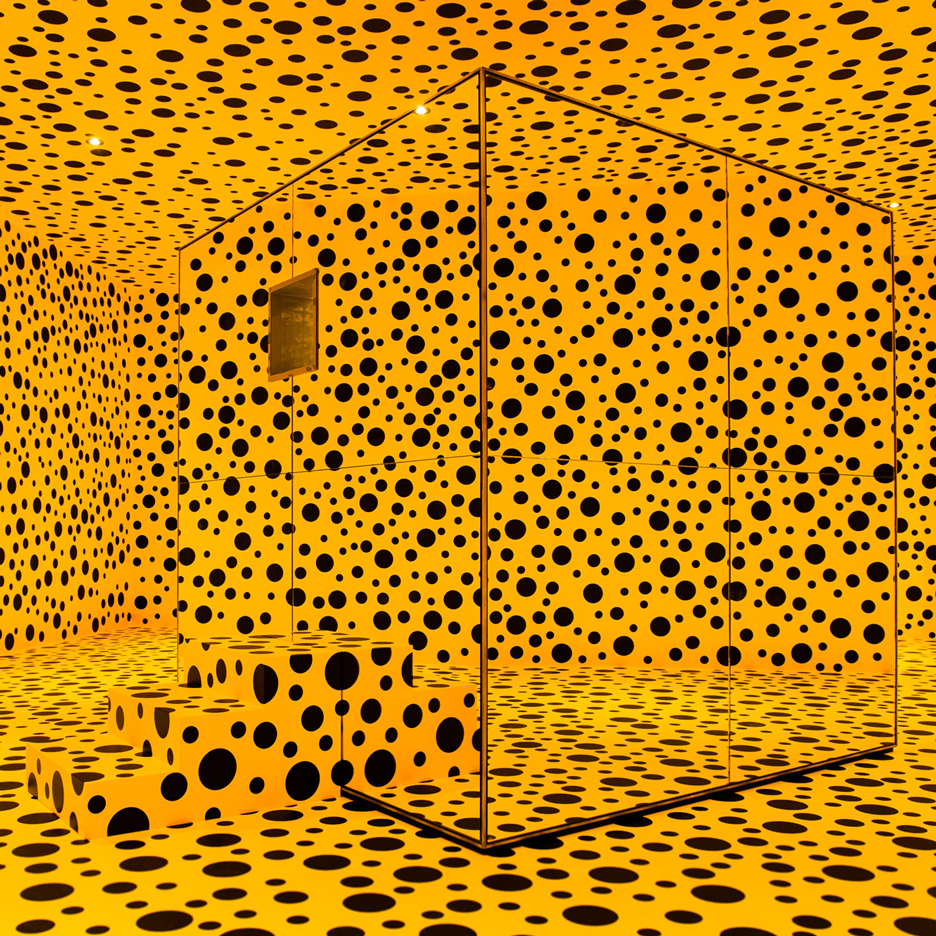 Images courtesy of The Museum of Modern Art.