The revival of great urban centres including New York, Los Angeles and London has caused unprecedented inequality and has led to the populism of Donald Trump, according to Richard Florida.

"I think this is the central crisis of capitalism," Florida said in a video interview last week.

Florida, whose seminal 2002 book The Rise of the Creative Class provided a blueprint for the regeneration of decaying city cores, has released a follow-up that documents the negative side effects of urban renewal.

"We must break down the barriers separating rich from poor and rebuild the middle class by investing in infrastructure, building more housing, reforming zoning and tax laws, and developing a new national urban policy," he argues.

Florida, an Italian-American, was born in Newark, New Jersey in 1957 and saw firsthand how the "functional, desirable city" fell into decline starting in the 1960s, in parallel with other cities around the world.

Later though, he witnessed the beginnings of urban revival as creative people moved back into city centres and helped regenerate them – a phenomenon he documented in The Rise of the Creative Class.

"I would have never predicted the extent of the urban revival," he said. "I could never have expected areas like the Mission district and parts of downtown San Fransisco to have this kind of urban revival on steroids."

He added: "To see big towers rising on Hudson Yards [in Manhattan], to see Brooklyn, Pittsburgh, Detroit... it really surprised me."

However, since the publication of his groundbreaking book, Florida said he became aware the unwelcome side effects of this urban success, including the displacement of the urban poor to the suburbs, where services and opportunities are limited. 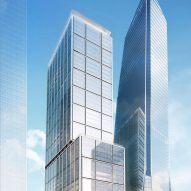 Today's "winner-takes-all urbanism" is seeing the poor pushed out of city centres to the suburbs by wealthy incomers, Florida said, and a corresponding decline in middle-class neighbourhoods.

Rising inequality is causing resentment among those who do not share the values or the successes of the urban elite, leading on one hand to the rise of xenophobic nationalism as represented by Donald Trump, but also to a backlash against tech companies such as Uber, which is blamed for putting taxi drivers out of business while exploiting its own workers, and giants such as Google and Facebook, which have been blamed for driving up property prices in San Francisco.

However, Florida argues that these tech companies, and in particular the "sharing economy" model they are facilitating, should be part of the solution to today's urban problems, rather than part of the problem.

Whereas the agricultural revolution triggered massive efficiencies in food production and the industrial revolution did the same for the production of goods, cities are "one of the last bastions of inefficiency in our economy," he argues.

"The lights are on, there are houses where people aren't home, office buildings are empty, the cars are sitting empty, you have all these physical assets that aren't used."

Technology and the sharing economy can help remove these inefficiencies, argued Florida, who is co-founder and editor-at-large of urbanism website CityLab and a professor at the University of Toronto.

"There is a backlash against the sharing economy for causing our problems," he said. "That puts the burden back on these companies to work to find a solution, to try to lessen these inequities and try to make our cities better and more inclusive places."

"Maybe that's the wake-up call we're having today. Tech companies are going to have to be part of the solution."