Spanish designer Jaime Hayon has teamed up with British designer Jasper Morrison to launch a fashion label, which will see an "evolving collection" of clothing created by a number of contributing designers.

The two designers are collaborating with former Phaidon publisher Richard Schlagman on the brand, called Jijibaba, which launches exclusively at London's Dover Street Market this month.

Its first collection will be made up of 38 menswear pieces – each designed by either Morrison or Hayon.

Subsequent collections will be the result of collaborations with other designers, with all pieces designed to reflect the personal style of their creator.

"The idea we have with Jijibaba is that designers like me and Jasper can contribute to the industry by creating things we like," Hayon told Dezeen. "We thought, maybe we could be the first company started by industrial designers that could create garments."

"The idea is that many other designers will contribute designs and the collection will evolve with a rotation of some popular pieces added to by new pieces by us and a growing number of others," Morrison added. "We hope it will result in a fresh and interesting offer."

For the inaugural collection, Items 1-38, Hayón has applied his playful graphic style to prints and embroidery – decorating shirts with geometric shapes, and T-shirts with chicken motifs.

"I used humour as I do with objects," said Hayon. "I create patterns which I do on ceramics, but I bring them to shirts and to other type of garments."

Morrison, on the other hand, used his "super-normal" design style to create simple garments that he himself would like to wear.

"In my case, I approached it by designing things I want to wear – a certain degree of inconspicuous, practical clothing that nevertheless has an individual look," said Morrison.

"I'm not much of a follower of fashion and the clothes I have designed don't have any particular theme other than my own typical theme of things being made well, feeling natural in use and having a certain discrete character that expresses itself rather quietly."

Neither Morrison and Hayon see this as a move into fashion. Both simply want to create garments that they think others would like to wear, by applying the same thought processes they do when designing objects.

"We don't see this as fashion," Hayon said. "If you look at the designers in general and myself, of course, we like to wear nice things and find things we love."

"I think it's a natural extension of what we create."

Jijibaba's Items 1-38 collection will be presented in an installation at this year's Design Frontiers exhibition at Somerset House, taking place during London Design Festival from 18 to 24 September.

Both Hayon and Morrison ranked on last year's Dezeen Hot List, at places 159 and 54 respectively.

Widely considered one of the world's best industrial designers, Jasper Morrison has become known for minimalist aesthetic – which can be seen in everything from furniture to customisable kitchens and shoes. 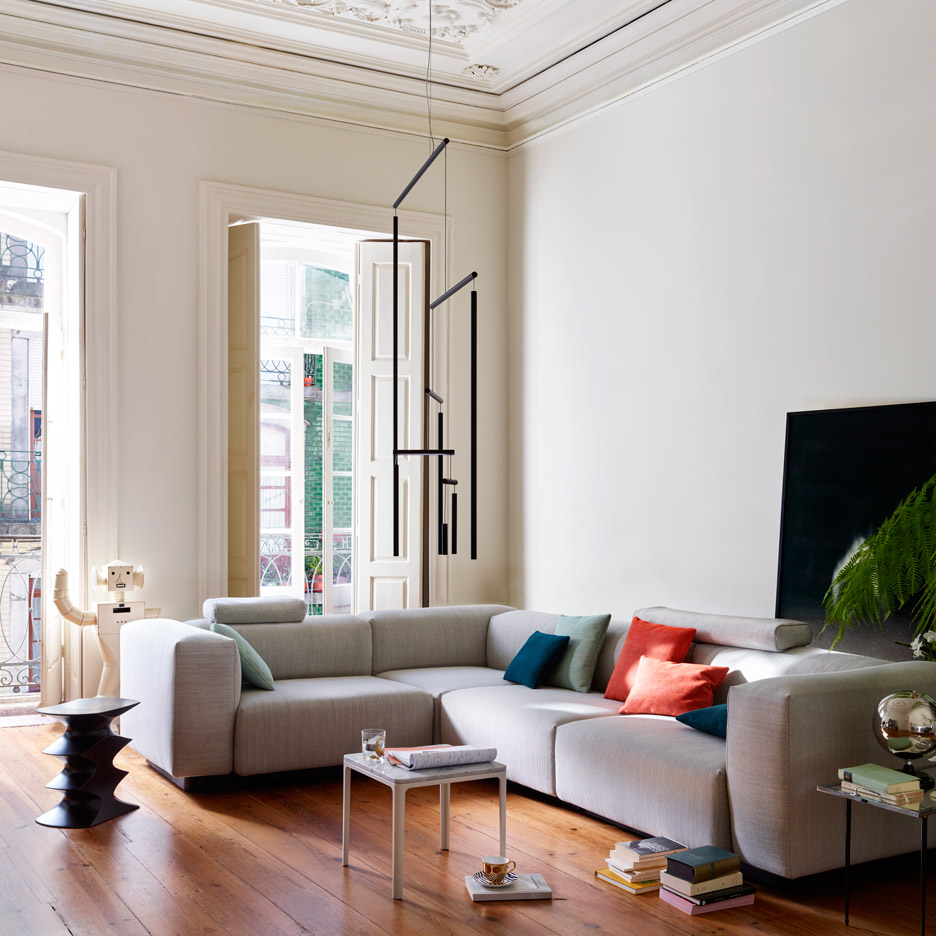