Several campaigns and protests have been organised to prevent Snøhetta's overhaul of Philip Johnson's postmodern AT&T Building in New York, which has been described as "vandalism" by Guardian critic Oliver Wainwright.

Two online petitions – launched by filmmaker Nathan Eddy and Swiss journal Archithese – are campaigning against Snøhetta's recently unveiled plans for 550 Madison, formerly the AT&T Building, which would see the base of the masonry skyscraper replaced with an undulating glass wall.

Eddy is also organising a protest to take place in front of the building from 1pm, Friday 3 November to "stop the desecration of Johnson's monumental achievement", which was promoted on Twitter by Wainwright.

New York friends! Join the protest to save the AT&T building from Snøhetta's vandalism, this Fri 1pm 500 Madison Ave https://t.co/UPRcOS1AWJ

Snøhetta unveiled its makeover for the 647-foot (197-metre) postmodern tower, also previously known as the Sony Tower, earlier this week.

The architecture firm plan to maintain the building's upper structure, but will replace a large portion of the lower granite base with glass – a move that has caused upset across the industry.

"New York City does not need any more glass than it already has," Eddy told Dezeen. "The masonry soul of New York has been mercilessly mangled across the decades and it is time to put a stop to it now. "

"This is the last great stone building built in New York," he added. "It is a marvel of structural daring, exquisite craftsmanship that anchors Madison Avenue like a granite cliff. It is one of a kind and would never ever ever be built today."

Architect and editor of Archithese, Jørg Himmelreich, also described Snøhetta's proposal as a "disfigurement". In statement accompanying his petition, he said: "The intervention may well be meant, but equals a destruction of the important building".

As well as granite cladding, the AT&T Building features a number of ornamental flourishes like the "Chippendale" roof line, and brass and marble finishes inside, which made it the first skyscraper built in the postmodern architectural style – a movement that emerged in the late 1970s as an ideological reaction against the utopian ideals of modernism.

It is also one of the seminal works of Johnson, who played a leading role in bringing modernism to America, with projects including his 1940s Glass House in Connecticut. Johnson designed the 34-storey skyscraper with his partner John Burgee for American communications giant AT&T and completed the project in 1984.

"Philip Johnson is one of the 20th century's most important architects and this building is Johnson at the very height of his powers," said Eddy. "Let us not forget to mention Johnson's partner John Burgee whose importance is not to be understated."

A similar outcry from critics came last year when furniture, tableware and objects from Johnson's The Four Seasons restaurant in the city were to be auctioned off.

So far 173 have signed Eddy's petition at the time of publishing. Once it reaches 200, it will be forwarded to the New York City Landmarks Preservation Commission. Archithese's petition currently has 19 signatories, and will also be presented to the office of building preservation, as well as Snøhetta and the building's developers, once it reaches its target of 100.

Others are protesting on Twitter with the hashtag #saveatt. Images shared include a black and white image of Johnson holding a model of the tower, created by Adam Nathaniel Furman. 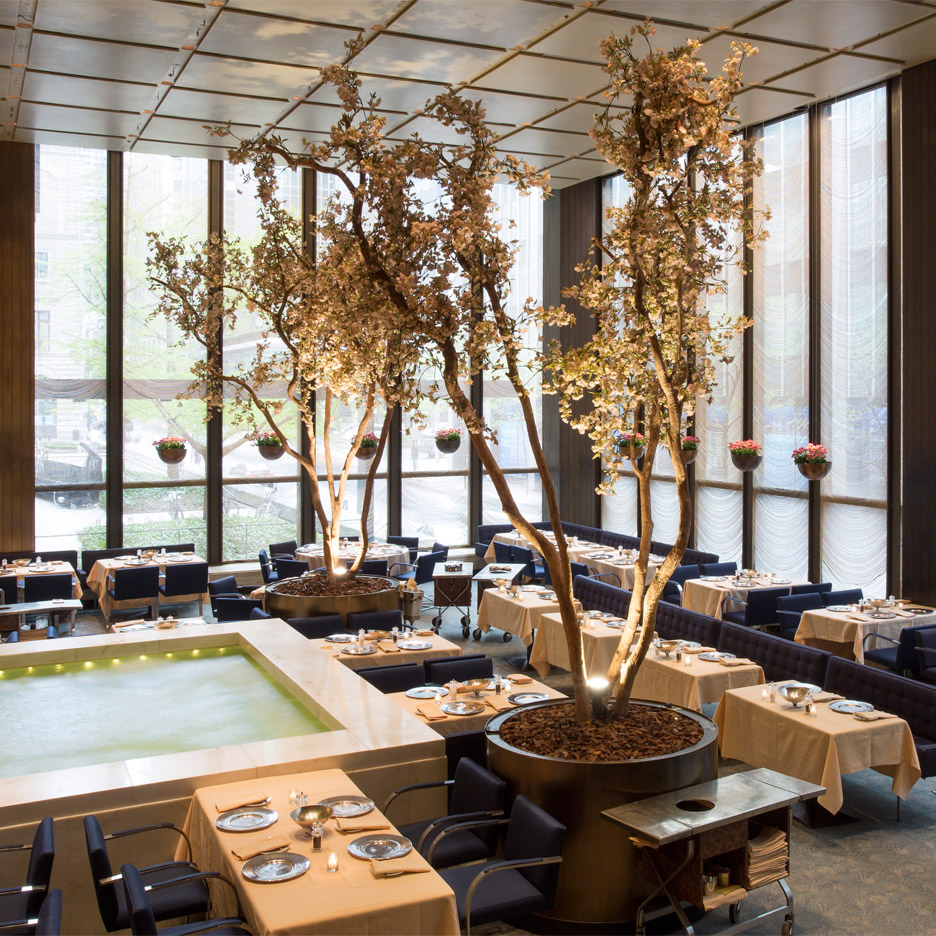