Dezeen had another record-breaking year in 2017, increasing unique visitors and visits by 11 per cent and winning a host of awards. Thanks to all our readers!

We scooped four awards and were highly commended for another, with awards juries describing us as "unstoppable" and having "stunning figures and a deserved reputation for high standards".

In our 10th successive year of audience growth, we saw increases across all key metrics. Figures from Google Analytics show that unique visitors (users) last year grew to 23.7 million, while visits (sessions) grew to 53.5 million.

March was our best month of the year, when we topped 10 million page views for the first time. The month saw us record 2.7 million unique visitors and 5.2 million visits.

Dezeen is one of the world's top 5,000 websites

Dezeen is now listed by web-data firm Alexa as one of the top 5,000 most-visited websites in the world. Dezeen's page views grew to a record 103 million in 2017.

The US and the UK – where our two editorial teams are based – continue to be our biggest audiences, and both saw big increases in 2017. Visits in the US were up 22 per cent, to over 10.3 million, while visits in the UK grew 17 per cent, to 9.5 million.

We also recorded high traffic from Germany, Australia, Canada, and France, and saw a big increase in audience sizes in India, Mexico and Russia. 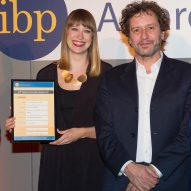 Dezeen named Digital Service of the Year at IBP Awards

With mobile devices becoming more dominant than even in 2017, we saw a 33 per cent rise in mobile traffic, but we also continued to grow our desktop audience, which was up by 4.5 per cent over the year.

Our videos were watched 65 million times

Our comments section continued to be the liveliest of any architecture and design website, making us the only design site in the Comment1000 list of the world's most-commented sites. We had nearly 30,000 comments over the year, an increase of 48 per cent on 2016.

Plus subscribers to our newsletters increased by 70 per cent.

Multiple awards for "unstoppable" Dezeen in 2017

We also celebrated a whole host of awards in 2018. The Association of Online Publishers lauded us for in their Editorial Team of the Year and Best Use of Video categories.

And finally, we were named Digital Service of the Year by the International Building Press, which praised our "stunning figures and a deserved reputation for high standards".

Thanks to everyone who read our stories, watched our videos and shared links vis social media throughout the year! We hope you keep coming back in 2018, and please use the comment section to let us know anything would like to see more of. 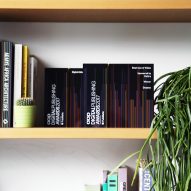