Maison&Objet aims to be a leading platform to promote young designers by giving them a chance to exhibit their work for an audience of international professionals.

After previous edition's awards were focused on designers from the United Kingdom and Italy, this year's Rising Talents Awards shine the spotlight on Lebanon's creative talents.

This year's September edition of Maison&Objet will be held at the Parc des expositions de Paris-Nord Villepinte – a large convention centre located near Paris-Charles de Gaulle Airport – from 7 to 11 September 2018.

The successful designers were selected by a jury made up of seven figures who have all contributed in some way to the revival of the Lebanese design scene.

Hala Mubarak, the brains behind the first Beirut Design Fair held last year, was on the jury, alongside Beirut gallery-owner Joy Mardini and designer Marc Baroud, who established the design department at the Lebanese Academy of Fine Arts.

Maison&Objet describe the winners as "a new generation that have followed in their elders' footsteps by putting their international experience to the service of local, usually little-known manufacturing techniques."

"This new generation shares one common trait: optimism," said Magrabi. "At a time when Lebanon is facing grim prospects and facing challenges to solve its problems, these young designers produce pieces that express happiness."

"From their offices in Beirut, they share their hope to overcome the cliches that the rest of the world has imposed on the country," she continued.

"[They] use this enthusiasm to bring new energy to Lebanon's creative scene, as each of them contributes his or her own vision to the furniture industry."

"Bridging the gap between east and west, the choice to honour a country with a booming creative scene confirms Maison&Objet's effort to keep pushing the boundaries of creation," said the fair's organisers.

According to judge Asmar d'Amman, there was an influx of creativity across the country after the Lebanese Civil War ended, which instilled a shared sense of urgency in Lebanese people to create a "culture of pleasure" and make objects that tell stories. 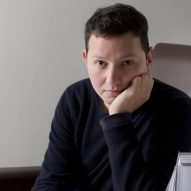 "If design is currently booming in Lebanon, it is because design as a discipline was only introduced very recently in the country, when designers like Nada Debs, Karen Chekerdjian or Karim Chaya returned to their home country in the late 90s," continued the fair's organisers.

"Usually educated abroad and fluent in several languages, this first generation of Lebanese designers has found success in a context that is very specific and unique to Lebanon–a melting pot of languages and religions."

"The essential characteristic of design in Lebanon is the multiplicity of its influences," Baroud added. "There is no cultural standard, no industrial heritage, and therefore no 'ideology' on function, whether formalised or otherwise. It is a great liberty, which is very exciting."

Maison&Objet recently announced that Belgian designer Ramy Fischler will be its Designer of the Year for the September edition of the award.