London mayor Sadiq Khan has approved the flight of a six-metre-high blimp, which depicts Donald Trump as a cartoon baby, over the Houses of Parliament during the American president's visit to the UK this week.

The orange Trump Baby is due to fly for two hours over Parliament Square Gardens, next to the Houses of Parliament, on 13 July 2018, in protest of Trump's visit.

Environmental campaigner Leo Murray, one of the designers behind the project, said the aim was to create a symbol of the public opposition to Trump's visit.

Nearly two million people signed a petition calling for the visit to be stopped, stating that it would "cause embarrassment to her majesty the queen".

"For me, in the face of a humanitarian disaster like climate change or Donald Trump, it really is a case of having to laugh, or cry. So I choose laughter," said Murray," in a statement published by UK newspaper Metro.

The comical blimp sees Trump reimagined as a baby with "tiny hands and a malevolent, constipated expression on his face", dressed in a nappy and clutching an iPhone.

"Ridiculing tyrants and despots is a proud British tradition," Murray said. "If this generation is going to have to fight fascism again, we may as well have a bit of a laugh while we are doing it."

The creators funded the Trump Baby blimp with a crowdfunding campaign. After receiving numerous supporters and reaching its initial goal funding, the project has been extended, with the blimp set to make a world tour after its London debut. 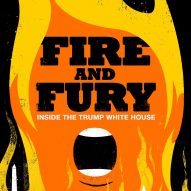 "He needs to be run out of town, figuratively at least. But how? This is a man who lacks the capacity for moral shame. Liberal outrage just makes him smirk harder," wrote Murray.

"To really get through to Trump, you have to get down on his level and talk to him in a language he understands: personal insults."

According to Murray, initially officials weren't keen on the creators' application to fly the unflattering blimp, claiming that it was "art". They said inflatables did not qualify as legitimate protest.

However, the Trump Baby makers argued, "there was nothing in the rules about not flying inflatables." A petition to the major to let the blimp fly was signed by over 10,000 people, with the mayor subsequently granting permission for the flight.

"The mayor supports the right to peaceful protest and understands that this can take many different forms," a spokesman for Khan told the Guardian.

The blimp will not stand alone, as campaign groups and trade unions have organised a host of protests to follow Trump across the UK during his visit.

Since his inauguration on 20 January 2017, Trump has faced criticism for several policies, including his controversial plan to install a wall between the US and Mexico.

This is not the only design made in protest of Trump. Last year artist Mike Mitchell created a symbol of protest against the president to use at rallies against Trump's inauguration, which features the number 45 turned on its side to resemble a swastika.

Photography is by Andy Aitchison.