Architects must consider not just the environmental, but the social and economic repercussions of building in places at risk from climate change, urges Jesse M Keenan, co-author of a recent study into Climate Gentrification.

Every designer knows what a sh%tshow is. It is that project that takes on a life of its own. You aren't sure who is really driving the process. Ambiguity and complexity work in unison to thwart the design and to cloud the project's original intent. Sh%tshows sometimes result in a beautiful building that defies logic. However, more often than not, the final result is representative of its procedural qualifier.

Climate change is already turning cities, buildings and landscapes into sh%tshows. Even the best-designed projects are thwarted by the environmental and social complexities inherent in climate change impacts. This isn't because of a lack of development in the techniques and technologies shaping adaptation and resilience designs. As it turns out, we are doing a pretty good job at that.

Professional societies are mobilising education platforms and design schools, and specialised firms are regularly advancing research to support generalisable and replicable practices. The more fundamental challenge of climate change is grounded in considerations relating to professional ethics and legal liability.

Climate change challenges the conventions of who one is really designing for. While this line of thought has paralleled other progressive causes (eg 99 per cent), it now has legal and ethical consequences that are immediate and universal. Of course, there is nothing "progressive" about climate change. Its manifestation is now universally understood as a fact.

In high-exposure areas, the standard of care for determining a designer's negligence will be governed by increasingly elevated local standards that incorporate resilience and adaptation techniques, in everything from structural design to material selection in historic retrofits.

Through contract, this liability may begin to extend not just to clients, but to other users within the useful life of the project. But these legal developments – as boring as they may sound – pale in comparison to the ethical challenges facing designers. 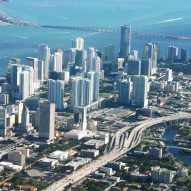 My theory of Climate Gentrification illustrates the ethical problems facing architects. I originally coined this concept in the months after Hurricane Sandy where I observed that New York City, like other cities around the world, was struggling to justify investments in post-disaster communities that would serve to both facilitate recovery, but also operate to exclude some of the very residents that they sought to protect.

In this regard, resilience is not an absolute good – it is fundamentally about trade-offs. Designers are caught in the middle of this trade-off by and between clients and the general public. In some cases, resilience may extend the useful life of a building or landscape, and that may be a good thing for an owner in that it protects their assets. However, it may be a bad thing if it only delays their inevitable relocation due to sea-level rise, forest fires or the failure of the provisioning of urban services.

There are three pathways from which Climate Gentrification may manifest. The Superior Investment Pathways suggests that people move from a high exposure area to a low-exposure area and the result is that some people in the low-exposure may be forced out. This is already happening in a variety of coastal areas around the world, as well as areas that are prone to regular forest fires.

The Cost Burdened Pathway is a kind of inverse gentrification, wherein only the wealthy can afford to live in high-exposure areas because of all of the increased costs associate with taxes, insurance and the cost of living.

The final pathway is the Resilience Investment Pathway. In this scenario, resilience designs operate to create amenities and a superior level of performance, which draws speculative investment that operates to undermine the affordability that historically supported local residents. This may have positive and negative implications.

The question for designers is whether resilience design techniques are necessarily a good thing. Is it economically and ethically desirable to have a shorter useful life? Is protection and preservation simply entrenching wealthy residents to the exclusion of residents of lesser means? After all, cities are incentivised to advance the resilience of their tax base – particularly those portions of the tax base driven by luxury housing. 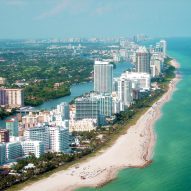 "The more we build in areas that endanger us, the more we erect defensive systems"

While these sound like existential problems that are external to a designer and her client, they are not. Resilience and adaptation interventions have to be understood within a lifecycle analysis, and they have be contextualised within a consideration for the life safety of the end users and not just a client.

After all, life safety is the foundation for professional licensure and not just professional ethics. What would you do if a client asked you to design a prestigious housing commission in an area that you know how has a high probability of being inundated within its useful life?

In this case, resilience measures may operate to reduce life-safety risks, such as mould infiltration, but they may also be a marketing trap for unsuspecting buyers who may be economically impacted, injured or even killed by climate-change impacts in the future.

To prevent your design project from being a sh%tshow, you have to be honest with yourself about the implications of not only what and where you are building, but whether resilience designs are serving their intended purpose and whether that purpose is in the public's interest.

There are already areas of the country where litigation costs, stemming in part from environmental exposure, are driving professional liability insurance coverage and pricing to such an extent that it is cost-prohibitive for some architects to work. Will climate change mean that some cities are denied the best and brightest design minds? Yes, absolutely.

So, the next time you design that glass box on the waterfront, please ask yourself whether you honestly would want to live there in 20 or 50 years with your grandkids and/or dogs. If you think there is a good chance that your building might end up in the sh%tshow monograph of failed buildings, then maybe it is time to rethink this commission. Govern yourself accordingly.

Dr Jesse M Keenan is a member of the faculty of the Graduate School of Design at Harvard University, where he teaches and conducts research at the intersection of climate adaptation and the built environment, including aspects of design, engineering, regulation and financing. Keenan is the author of NYC 2040: Housing the Next One Million New Yorkers, and co-editor of Blue Dunes: Climate Change by Design, and Climate Change Adaptation in North America: Experiences, Case Studies and Best Practices.