A modernist villa on the south coast of France, which was designed by Eileen Gray and lived in by Le Corbusier, is captured in these photos by Manuel Bougot.

Completed in 1929, E-1027 was the first major architecture project by Gray, an Irish architect who was one of the pioneers of the modernist movement.

Bougot was recently commissioned to photograph the building for the Association Cap Moderne – the non-profit organisation that is restoring E-1027 – as part of its latest fundraising initiative.

The campaign is raising money to provide disabled access to E-1027, as well as to recreate the fixed and free-standing furnishings that Gray designed for the house.

The name of the house is a reference to their names – E stands for Eileen, while 10, 2 and 7 relate to the alphabetical positions of the rest of the couple's initials: J, B and G.

Overlooking the Mediterranean Sea, the property stands on pilotis, with a flat roof and reinforced-concrete structure.

The property is now considered to be one of the most important buildings of the international style.

"The significance of E-1027 is that it is both an example of avant-garde modernism and a subtle critique of the functionalist element in modernism," Tim Benton, a trustee at Cap Moderne and Open University emeritus professor, told Dezeen.

Gray also designed all the furnishings for the house, which Cap Moderne hopes to recreate with this latest fundraising campaign.

"[E-1027 is significant due to] the flexibility of the living spaces, the clever use of surfaces and lighting to articulate space without dividing walls, the delightful contrast between hard modernist materials and luxurious, soft and exotic textiles, upholstery and leatherwork, and above all the ingenious use of bespoke furniture to meet the specific needs of the inhabitants," said Benton.

Gray and Badovici separated shortly after the house was completed. Le Corbusier visited the house several times during the 1930s and lived in the house for long periods during 1937 and 1938.

During this time he painted bright murals on many of the white walls of E-1027, which angered Gray.

Le Corbusier later purchased a plot of land alongside the villa, where he built his rustic Cabanon. He lived in the cabin during his later years and died while swimming at the beach below E-1027 in 1965. 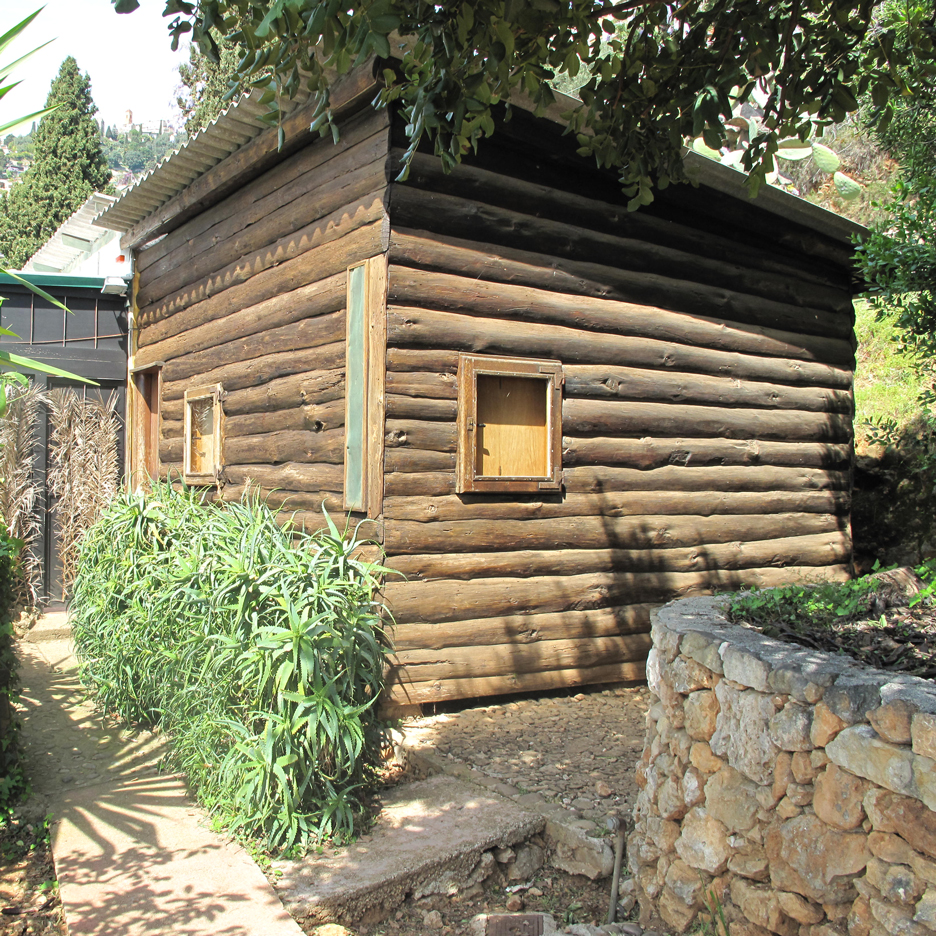 By the 1990s, the house had fallen into disrepair, leading to the site being purchased by a French governmental agency.

Since then it has been restored, with the Getty Foundation one of the organisations to contribute to the work. All of the structural work has now been completed – the recreation of the furniture is the final stage in the project.

"We felt that it was essential to recreate the designed interiors as they were in 1929," continued Benton.

"Without these, the house would still be an interesting example of modernist architecture in the style of the 1920s. But with the fixed and movable furniture, a significant critique of functionalism can be identified and experienced."

The fundraising will be used to refurnish the dining alcove, including a dining table with a built-in electric light and a purpose-made lemon container.

Gray's Non-conformist chair, which has one upholstered armrest and one made from slanted nickel-plated steel tube, will also be recreated.

The organisers hope that the completion of the restoration will help further help to assert Gray position within the modernist movement.

"In design and architectural circles she is quite well known, however other designers of the modernist period are much better known than her," Cathy Giangrande, development lead for Cap Moderne, told Dezeen.

"Certainly she deserves to be celebrated as one of the great pioneers of her time for all her work. By saving this monument we will be working towards achieving this goal."

"Through crowdfunding we are hoping to allow anyone to donate and in so doing help restore this masterpiece.  We want people to engage with the final phase of this ambitious restoration project and help bring it back to its former glory," continued Giangrande.

"It's been squatted, vandalised and used by German soldiers for target practice during the war and now deserves better."

Photography is by Manuel Bougot.