Architect Daniel Libeskind has used three million crystals to cover the Swarovski Star, which will top the Christmas tree at New York's Rockefeller Center this year.

The Polish-American architect designed the star to top the iconic tree, erected in the plaza at the Midtown Manhattan complex for the holiday season.

Weighing 90 pounds (40.8 kilograms), the design comprises 70 spiky light bulbs that radiate in different directions. A total of three million Swarovski crystals line the prongs so that they sparkle when the star is switched on.

The main light source is held within a metallic circular volume in the middle of the star. The spikes are screwed onto this base to line up with individual bulbs. 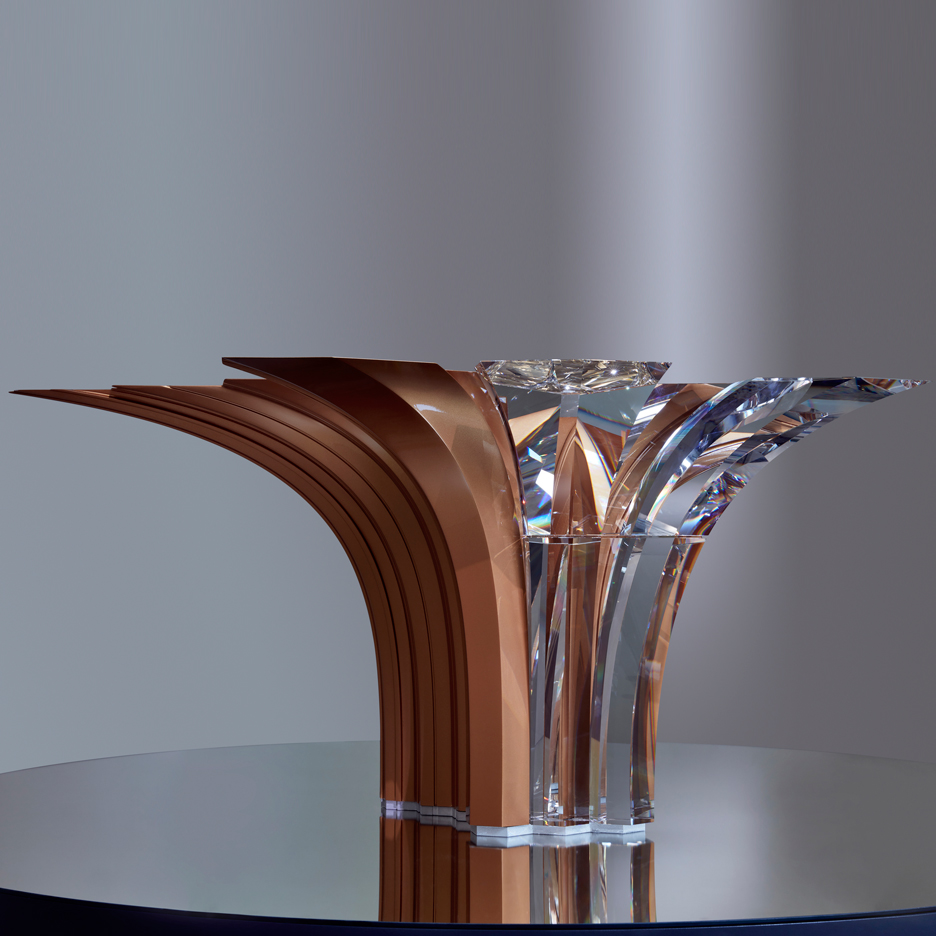 "The design of the actual star is complex," said Libeskind in a short film about the Swarovski Star. "It's a very complex object with 70 spikes, with a core that is just like a core of a star to support the radiating light of the star."

Libeskind's crystal design was installed earlier this week on the giant Rockefeller Center Christmas Tree, which has been erected in the plaza at the art-deco complex since 1931. The official tree-lighting ceremony will take place 28 November 2018.

The new Swarovski Star replaces the decoration that has topped the tree since 2004, at the beginning of the partnership between Austrian crystal brand Swarovski and Rockefeller Center co-owner, developer Tishman Speyer.

A replica of the Libeskind's design will also be positioned on the ground beside a small Swarovski pop-up at Rockefeller Plaza.

Also designed by Libeskind, the 200-square-foot (18.5-square-metre) temporary shop will have a faceted form. Swarovski jewellery, ornaments and gifts will be available to purchase, as well as a new range that Libeskind has created for Atelier Swarovski Home.

The architect has previously created a chess set for Swarovksi with pieces based on his building designs, including the original Freedom Tower intended for the Ground Zero masterplan, which Libeskind also completed.