The cruelty-free shoes' uppers are made from the pineapple leaf-derived material, which is made without any animal products and coloured using plant-based dyes.

The shoes have a recycled thermoplastic polyurethane (TPU) sole and are available in blue, black, orange and yellow.

As well as being vegan, the shoes are designed to have a minimal impact on the planet. They come in a recyclable and biodegradable paper box that is made from 100 per cent recovered fibre.

Pinatex is produced as a by-product of the existing pineapple growing industry. Unlike leather production, which uses a lot of water and requires chemicals for the tanning process, Pinatex allows farmers to make money from a waste product that would otherwise not be put to use.

To produce the material the leaves are stripped of their long fibres at source. These are then de-gummed, and formed into a non-woven mesh, which is finished to give a soft, flexible alternative to leather. 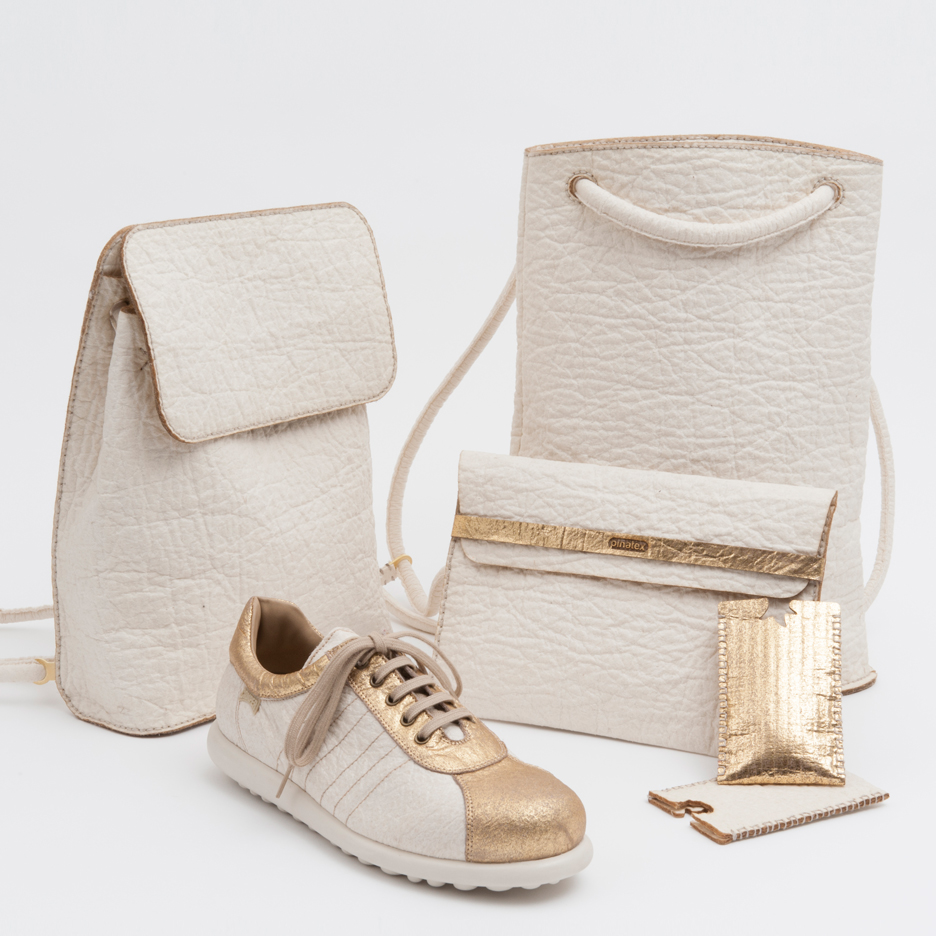 Leather alternative Piñatex is made from pineapple leaves

"Pinatex is a material that is completely cradle to cradle, it substitutes leather that has a very heavy environmental and welfare impact, and it brings new income streams to subsistence farmers, allowing them to fully utilise their crops," said Ananas Anam, its manufacturer.

The material was developed over seven years by Dr. Carmen Hijosa, a former consultant to the leather goods industry, initially as part of the Royal College of Art in London's incubator programme called InnovationRCA.

Hugo Boss stated that producing vegan shoes is part of their efforts to make the company's products more sustainable across the supply chain.

"The project is part of an ongoing commitment to innovation across the company's offering as well as a continuous search for more sustainable ways to design, source, produce and finish its products," said the fashion label.