Robots made by Japanese automaker Toyota will be deployed across the Tokyo 2020 Olympic and Paralympic sites to provide assistance to workers and attendees at the Games next year.

Japanese car manufacturer Toyota will provide 16 support robots across the Olympic and Paralympic Games to assist sports fans with tasks such as carrying food and drink, guiding people to their seats and providing event information.

"Robot technology will help deliver a safer and smoother Games and, while robots will be deployed only in specific roles during the Games, the project is expected to showcase their potential for wider application in everyday life," said the organisers.

The delivery support robot, which resembles a mobile waste bin, is designed especially to assist wheelchair-users to carry their items.

The decision to deploy robots is part of Tokyo 2020's mission statement to use the "world's best technologies" when developing operations for the Games.

"Toyota hopes to provide the freedom to move for everyone throughout the Games and has developed various mobility solutions, including robots," said chief officer of Toyota's frontier research centre, Nobuhiko Koga.

"We believe that the robots will help spectators in wheelchairs to enjoy watching the events without any restrictions, to soak up the atmosphere inside stadiums and to feel the excitement of sport," he explained.

Exoskeletons that incorporate robotic technology will be used in the backstage areas of venues at both Olympic and Paralympic villages to assist workers in unloading and transporting heavy objects such as food, drinks and waste disposal. 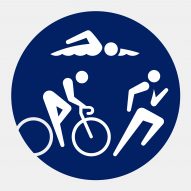 Called Power Assist Suits, the "wearable robot" by Panasonic consists of three-pronged resin exoskeleton wraps around the back and hip area, to provide support to workers while lifting heavy objects.

It works to reduce stress of the user's body through sensors that detect the movement of hands and legs, that activates the actuators to support your muscle power.

They will also be worn by workers at airports to carry and load athlete's luggage and equipment onto buses.

"We strongly believe that our robot technology – including Power Assist Suits, which constitute one of our sponsorship contributions – will be of use to all people regardless of impairments, and so society in general, becoming a legacy for future generations," said Panasonic executive officer Masahiro Ido.

According to the organisers, there will also be other robots performing a number of additional duties during the Games, details of which are yet to be announced.

"I would like as many people as possible to experience these technologies, which are one of Japan's strengths, and I believe that through these we will be able to showcase a new style of the Games," said co-director of Tokyo 2020 Masaaki Komiya.

Also announced this month was the design of the Olympic torch, which has been made to resemble a cherry blossom flower.