Dezeen promotion: Dezeen will team up with Samsung to run a reader competition to design new graphics and accessories for Samsung Galaxy smartphones, which the electronics brand first launched 10 years ago.

Update: we have now launched the competition and it is open for entries until 4 August 2019. Find out how to enter at www.dezeen.com/samsung.

The contest will have two cateogries – one for graphic design and one for product design – will be looking for fresh perspectives and ideas for how Samsung Galaxy mobile devices could be used in future.

They form part of Samsung's wider strategy of incorporating user feedback and collaboration with a variety of designers to inform the future development of its products.

Details of the competitions, including briefs, submission instructions and prizes, will be revealed when the contests are launched later this summer.

The first Samsung Galaxy phone was launched in June 2009. The Galaxy range has since expanded to include a host of mobile devices including phones, tablets, smartwatches and earphones.

"As the flagship series celebrates its 10th anniversary, we want to reflect on just how far we've come in our journey of mobile innovation," it continued. "It's the perfect opportunity to look ahead at what's in store for the decade ahead and share how Samsung will continue to test boundaries."

The first Galaxy phone was the product of over 20 years of research and development. Samsung launched its first mobile phone in 1988 and has developed new mobile technology and added new functionality to mobile phones ever since.

In 1999 – 10 years before the first Galaxy device was launched – the company created one of the first watch phones, as well as adding a tiny television receiver and a 1.8-inch screen to a flip phone.

Galaxy phone launched every year since 2009

The Galaxy series of smartphones was born when Samsung paired its latest hardware technology with the Android operating system in 2009. Samsung has released new Galaxy devices every year since. 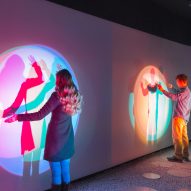 During that time, Samsung has used the Galaxy series to push forward advances in mobile technology, in particular display technology.

The success of the Galaxy Note, which launched in 2011 with a 5.3-inch screen and could be operated with a stylus, was key in popularising "phablets" – devices with screen sizes that straddle the gap between smartphones and tablets.

Samsung introduced a curved screen with the Edge Display available on its Galaxy S6 phones in 2015, and significantly reduced bezel sizes with the Infinity Display on its Galaxy S8 phones launched two years later.

Samsung has also been leading developments in foldable smartphone displays, with the unveiling of its Infinity Flex Display at its developer conference in 2018.

Samsung has registered numerous patents for 5G technology and its latest phone, the Galaxy S10, is one of the first smartphones on the market capable of connecting to 5G networks.

The brand believes that 5G technology, paired with software advances in areas such as artificial intelligence (AI), will provide new experiences for Galaxy mobile device users in future.

"We want to pioneer meaningful technology founded on 5G and AI to create highly personalised immersive experiences for our Galaxy community – that are seamless, continuous, on any device, at any time, anywhere," said Samsung.

Dezeen will announce full details of the two design competitions in the coming weeks.