Patrik Schumacher has hit out at architecture education, accusing schools of being disconnected from the real world and claiming that many teachers use their positions to promote their own agendas.

As a result of architecture schools teaching "without any curriculum", students graduate with a portfolio that "might not include a single design that could meet minimal standards expected from a contemporary competition entry".

Schumacher, the principal of Zaha Hadid Architects, made the criticisms in a Facebook post entitled "13 theses on the crisis of architectural academia".

In his post he criticised architecture for being taught like art and for schools not teaching students the skills needed by architectural practices.

"Architecture schools operate like art schools without any curriculum," said Schumacher. "Accordingly architectural education is detached from the profession and from societal realities & needs as expressed in real (public or private) client briefs."

"Too many teachers without professional work"

According to Schumacher, part of the problem is that too many architectural educators do not have sufficient experience working as architects. He believes that those teaching are using the schools for their own purposes instead.

"Too many teachers without professional work or experience use design studios in schools of architecture as vehicles for their own, largely isolated, pursuits," he stated. 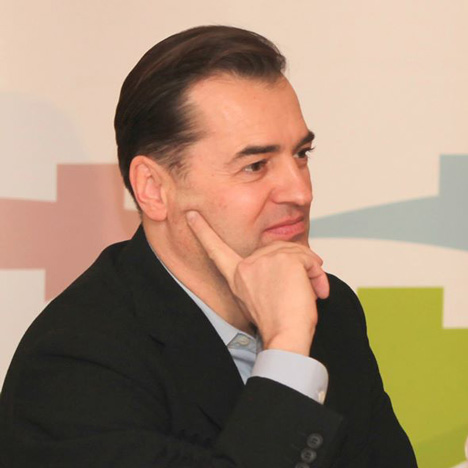 "It is time to stop listening to Patrik Schumacher"

The result of the current teaching methods is that students are not able to produce competent designs, he believes.

"Students' portfolios after five years of studying might not include a single design that could meet minimal standards expected from a contemporary competition entry," he said.

Schumacher believes that the current failure of architectural education stems from a failure to transform systems that worked in the 1980s.

He believes that the current "model of an unbounded diversity of experimentation" needs to transform into a "hegemonic, unifying paradigm", which should be parametric design.

"The paradigm we are looking for is parametricism, the discipline's answer to the societal challenges and technological opportunities of our computationally empowered post-Fordist network society," he said.

Schumacher has led Zaha Hadid Architects since founder Zaha Hadid passed away in 2016. In an interview with Dezeen last month he talked about the impact her passing has had on the studio and how it needs "to become a creative brand". 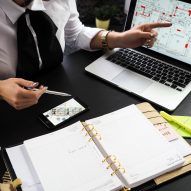 In the past Schumacher has been vocal on numerous subjects, stating that unfettered capitalism "can solve the housing crisis", and that the curators of the Venice Architecture Biennale were "arrogant".

Issues with architectural and design education are increasingly under discussion. RIBA has launched the UK's first architecture apprenticeships to offer an alternative route to qualifying as an architect.

Stacie Woolsey drew attention to the sometimes prohibitive cost of further education by creating her own masters course as a "viable alternative" to design education, while Dezeen hosted a Twitter chat on the subject earlier this month.

Read Schumacher's full theses on the crisis of architectural education below:

› Architecture schools operate like art schools without any curriculum. Accordingly architectural education is detached from the profession and from societal realities & needs as expressed in real (public or private) client briefs.

› Too many teachers without professional work or experience use design studios in schools of architecture as vehicles for their own, largely isolated pursuits, with often highly idiosyncratic criteria of success.

› Students' portfolios after five years of studying might not include a single design that could meet minimal standards expected from a contemporary competition entry.

› This is a global crisis that cannot be fixed by universities alone as it reflects the fragmentation and disorientation of our discipline.

› The currently dominating model of pedagogy – the model of an unbounded diversity of experimentation – is an anachronistic hangover from the period after the crisis and end of modernism when the discipline had to brainstorm new ways forward.

› The crisis will be overcome when world architecture, once more, converges onto a hegemonic, unifying paradigm that allows for cumulative research, global application and then canonisation, just as modernism achieved in the 20th century.

› Only through convergence can a new basic, shared curriculum emerge, on the basis of which a multiplicity of cumulative and complementary research efforts can make a real difference for the development of new global best practice of professional and creative work.

› The paradigm we are looking for is parametricism, the discipline's answer to the societal challenges and technological opportunities of our computationally empowered post-fordist network society. This paradigm has no viable rivals and has sufficiently matured to become global best practice very rapidly.

› The current educational model made sense and was very productive during the early period, at the AA and Columbia, and indeed generated the ingredients of parametricism in the 1980s and incubated its development throughout the 1990s and early 2000s as the new viable way forward.

› Integrated, cumulative research and design took place and started to interface with practice. However, in contrast to the successful Bauhaus transformation during the 1920s, the necessary institutional transformation away from the art school model to a science school model did not take place.

› There are cycles of innovation. Creative work, research and discourse culture, including teaching patterns and personalities, in the middle of the cycle should be very different from the beginning of a new cycle. We are no longer in the infant phase of the new paradigm. Accordingly our culture and role models have to adapt. The AA school culture can initiate but not commit to, advance and work through a paradigm. The problem is that the seminal role the AA played in the eighties and nineties triggered the world-wide imitation of its culture at a time when these ways of working were getting in the way of further progress.

› The lack of political adaptation to post-fordism got in the way too: the 2008 financial crisis, the political regression and economic stagnation since have so far prevented the hegemony of parametricism just as the 1929 crisis, fascism and world war two had retarded modernism.

› The political frieze on urban density, programmatic mixity and typological innovation blocks the competitive advantages of parametricism and retards its advance. These background conditions obscure the historical mal-adaptation of our discipline and of it's teaching culture.