Danish architecture studio Henning Larsen Architects has been named as this year's laureate of the European Prize for Architecture.

Established in 2010, the European Prize for Architecture is awarded annually to the European architects perceived to have advanced "the principles of European humanism and the art of architecture".

Henning Larsen Architects is the second Danish winner of the accolade, dubbed as the "highest award for architecture", following BIG's founder Bjarke Ingel who was the award's first laureate.

Among the other winners of the European Prize for Architecture are Santiago Calatrava, Alessandro Mendini, Laboratory for Visionary Architecture, and Manuelle Gautrand, who was the first woman to receive the prize.

Henning Larsen Architects is the eponymous studio of critically acclaimed Danish architect Henning Larsen, who passed away in 2013. The prize coincides with the studio's 60th anniversary.

The awards' organisers, The European Centre for Architecture Art Design and Urban Studies and The Chicago Athenaeum, selected Henning Larsen Architects in recognition of its commitment to sustainability and community-focused design.

"We are delighted to present The European Prize for Architecture to this great Danish firm," said Christian Narkiewicz-Laine, president of The Chicago Athenaeum.

"Their powerful designs and unique design vision celebrate the best of modernist buildings, which are instantaneously complex, iconic, provocative, and profoundly artistic." 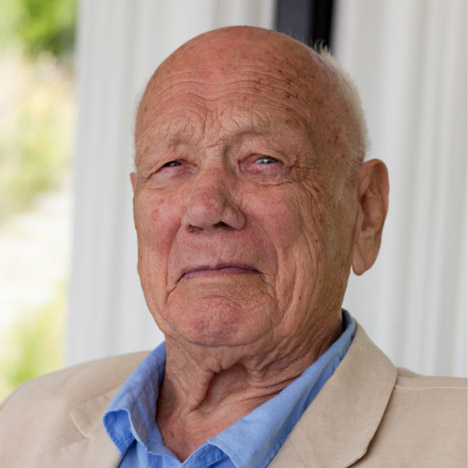 "Since the firm's inception, the office has explored, and in many cases, invented the boundaries of design in its approach to create more sustainable, liveable buildings, as well as thriving cities for the general public," he continued.

"Henning Larsen approached design as a generous gesture, reaching out to meet local users within their context, which, ultimately, allowed them to experience the unexpected."

Larsen founded Henning Larsen Architects in 1959, seven years after graduating from the Royal Danish Academy of Fine Arts where he was later a professor of architecture.

Today, the studio is headed by Mette Kynne Frandsen and Louis Becker, under whom it has also received the 2013 Mies van der Rohe Award for the Harpa Concert Hall and Conference centre, and the 2015 Civic Trust Award for Moesgaard Museum in Aarhus.

"After Henning Larsen's death in 2013, the firm is run today by an astute management team of architects headed by Louis Becker and Mette Kynne Frandsen, who have both taken the office to even greater heights of status, international celebrity, and global notoriety," added Narkiewicz-Laine.

Among the studio's best-known work is the Ministry of Foreign Affairs building in Riyadh, Saudi Arabia, and the Malmö City Library in Sweden.

Some of Henning Larsen Architects' more recent accomplishments include the completion of Kiruna City Hall, the lakeside Hangzhou Yuhang Opera in China and The Wave housing in Denmark that is longlisted for this year's Dezeen Awards.

It is also currently working on the expansion of Paris' largest opera house, a cave-like extension for Hotel Tórshavn in Faroe Islands and a two-square-mile business district for Shenzhen.

Henning Larsen Architects will be formally recognised for the award at a gala dinner held at the foot of the Acropolis in Athens, Greece, on 13 September. An exhibition about Henning Larsen's works will open on the same day at the European Centre in Athens.

Main photo is by Jacob Due.