Dyson has cancelled its plans to build an electric car, which was expected to launch next year, claiming the project is not "commercially viable".

In an email sent to the company yesterday, Dyson founder James Dyson said the firm had failed to find a buyer for the project.

The pro-Brexit inventor wrote that, while the Dyson automotive team has developed a "fantastic" and "ingenious" car, they "can no longer see a way to make it commercially viable".

"Since day one we have taken risks and dared to challenge the status quo with new products and technologies," the email read. "Such an approach drives progress, but has never been an easy journey – the route to success is never linear."

"This is not the first project which has changed direction and it will not be the last," it continued.

James Dyson just announced to @Dyson employees that we’ve begun work on a battery electric vehicle, due to launch in 2020. pic.twitter.com/yUZNvIsYIi

The project began in 2017 when the British inventor announced that he would be investing £2 billion into developing a battery electric-vehicle, which was set to launch in 2020.

The UK government gave Dyson a £16 million grant in 2016 to aid the development of batteries for its electric fleet.

A spokesperson for Dyson wouldn't comment on the grant at the time, but said they were investing £1 billion into the vehicle programme, and a further £1 billion into battery technology.

Remaining funds to be used in tech developments

The company had planned to invest a further £200 million in its research and development and test-track facilities, which are located in the UK, despite announcing in October 2018 that it would manufacture the vehicles at a new plant in Singapore.

A vast amount of these funds have already been spent, and Dyson has said that these sites will now be used for other projects. 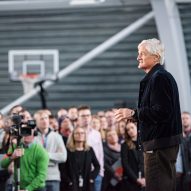 The rest of the £2.5 billion investment will be spent on continuing to develop new technologies – including electric batteries, robotics and AI – and growing The Dyson Institute of Engineering and Technology, according to the founder.

"Our battery will benefit Dyson in a profound way and take us in exciting new directions," said Dyson in the email.

"In summary, our investment appetite is undiminished and we will continue to deepen our roots in both the UK and Singapore."

The electric car division employed more than 500 workers. Dyson said that he and his team are working to quickly find alternative roles within the company for as many employees as possible.

"This is not a product failure, or a failure of the team, for whom this news will be hard to hear and digest," the founder wrote. "Their achievements have been immense – given the enormity and complexity of the project."

"We have sufficient vacancies to absorb most of the people into our Home business," he added.

"For those who cannot, or do not wish to, find alternative roles, we will support them fairly and with the respect deserved."

We are sad to announce a proposal to end our automotive project. The Dyson automotive team has developed a fantastic electric car, but unfortunately it is not commercially viable. Read more here.

The Dyson founder remains optimistic, saying he is "as excited about the future of Dyson as [he] has always been".