The car is the first all-electric car created by Polestar.

"Polestar 2 is our first fully electric car and first volume model," said Polestar CEO Thomas Ingenlath. "Everything about it has been designed and engineered with passion and dedication."

Polestar is focused on creating fully electric cars, which are an alternative to petrol vehicles, but still offer a high quality driving experience.

"As an electric performance brand, and through the forthcoming launch of a portfolio of fully electric cars, Polestar is determined to address the world's air-quality challenges," explained Ingenlath.

"Polestar delivers electric performance cars that are great to own and drive."

This will allow the car to accelerate from zero to 62 miles  per hour in less than five seconds.

The 27-module battery pack is integrated into the floor and contributes to the rigidity of the chassis, in addition to improving the car's road noise, vibration and harshness levels by by 3.7 decibels compared to a typical chassis.

"The interior is like a library, if libraries had 300 kilowatts," explained Polestar.

The electric motors also use the car's momentum to recover energy during braking, which would otherwise be converted to heat and wasted.

The car's fastback body shape gives it a lower drag, leading to an enhanced aerodynamic performance, while the side mirrors are frameless to maximise the driver's field of vision. 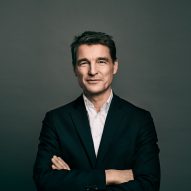 According to the company, Polestar 2 is the first electric car to compete in the marketplace with the Tesla Model 3, with the range starting at a guide price of €39,900.

Polestar 2 is also the first car to come with an infotainment system powered by Android. The car is able to recognise its driver via their phone, and can adapt itself by implementing their favourite seat position and preferred home screen apps.

Once inside the vehicle, the Android-powered system offers popular apps such as Google Assistant, Google Maps, Google Play Store and Spotify, designed to fit the 11.15-inch display and cause as little distraction as possible for the driver.

Voice command software via the Google Assistant also allows the driver to maintain concentration, ridding of the need to push buttons to alter conditions inside the car like changing the temperature or choosing a song.

The Polestar 2 interior is made with vegan materials, accented with black ash and reconstructed wood decor elements, as well as textile surface panels and optional Nappa leather.

Buyers can also customise the interior with a choice of three different themes inspired by a different city around the globe – Shanghai, Berlin and London.

The London interior, on the other hand, offers a barley interior wrapped in "no-nonsense" black, in a bid to provide sophistication that is "encased in bullish toughness".